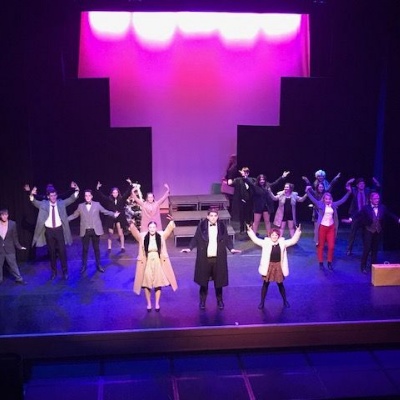 Sunday evening saw the culmination of 13 days hard work from casting on Monday 4th September to performing on the 17th! We like a challenge!

There were stresses and strains but, as always, the students rose to the challenge and gave it their all and there was lots of laughing and camaraderie alongside the hard work as well as, I’m embarrassed to say, dabbing - even from me! It was an intensive rehearsal process which over the two weekends took in 2 x 10 and 2 x 12 hour rehearsals plus the 4 late night midweek rehearsals until 10.00pm. It isn’t an easy two weeks but it does give students the experience of what it is like to immerse yourself within the world of theatre and gives them an immense sense of commitment and responsibility and they really have to work as a team throughout.

There were numerous dances to learn with a cast of mainly non-dancers who (mostly) willingly plunged themselves into the choreography and once I had taught it to them they were helping each other to get it right. By the end, everyone said how much they enjoyed the dancing and some of those that said they couldn’t dance actually realised they could and enjoyed it (not mentioning any names – Ben Jackson!) Another hurdle was the American accent that some said they couldn’t do, however,  slowly but surely, over the two weeks each performer gained the confidence, encouraged by others, to take it on very successfully. The more seasoned singers helped others with harmonies and lines were learnt as character relationships developed alongside the actor ones. It certainly was a group effort and it was a great feeling at the end when they performed to a packed house and received such great feedback. It was lovely to see so many in the audience; family, friends and staff – we fully appreciate the support. 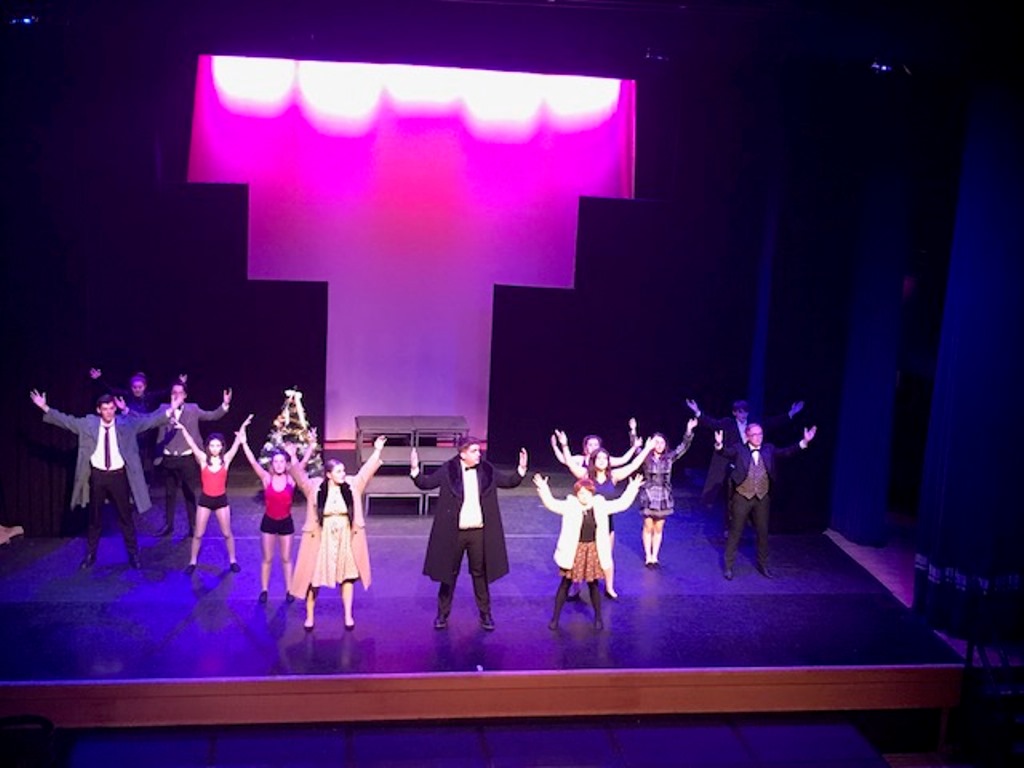 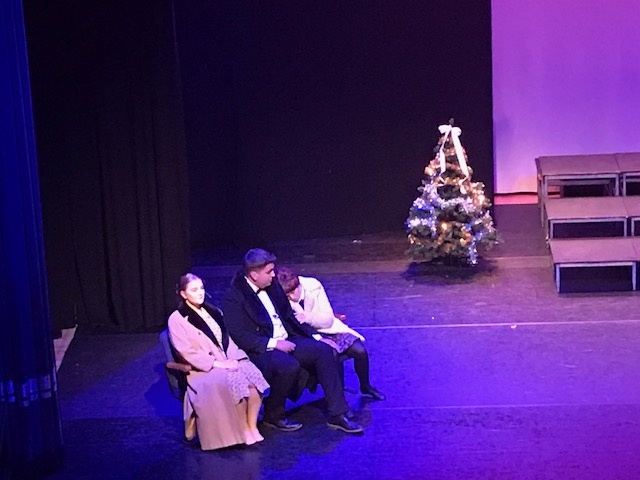 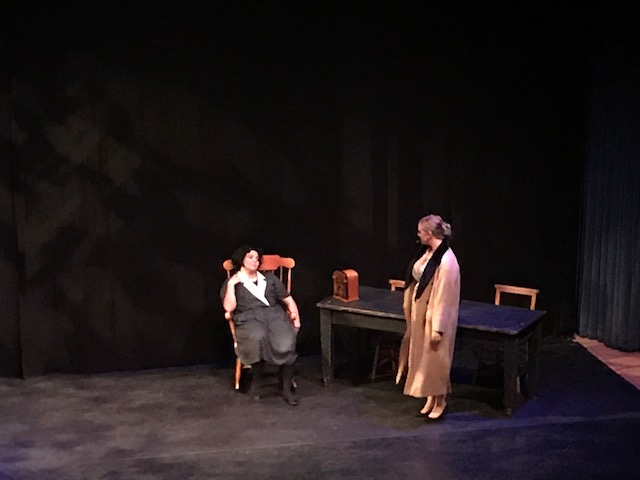 Many people loved the human singing dog, played brilliantly by Owen Howard, who deserves a special mention for hiding in a tin drum on stage for 20 minutes before his entrance and bringing to life the reality of a ‘Hot Dog’! He really did suffer for his art. They were all truly awesome, the main characters embodying the iconic characters that so many know and love and the others multi-role playing with exceptionally quick costume changes amazingly - orphan to servant to Rockette and back again, policeman to servant to Bert Healy and so on – changing physicality and vocals to reflect the change in character and context seamlessly. They should be proud of themselves for not only creating a performance in such a short time but demonstrating great professionalism and dedication in putting on a highly successful one. 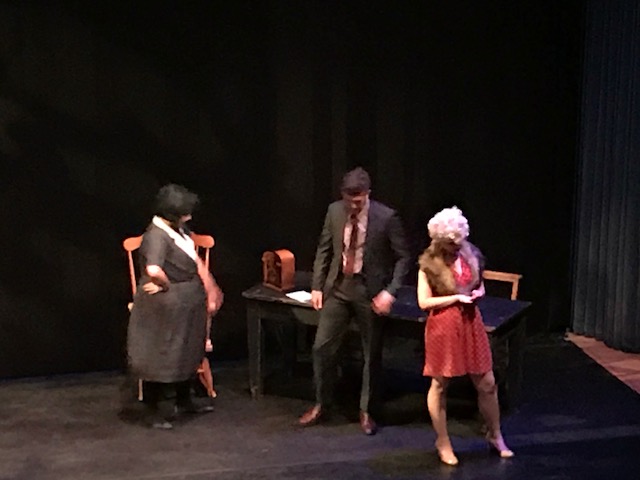 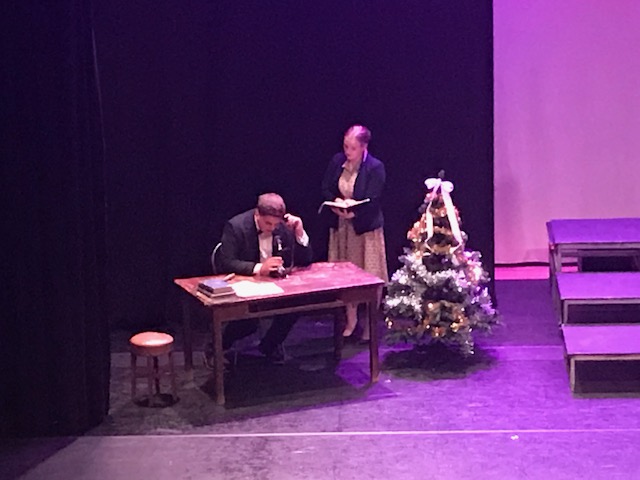 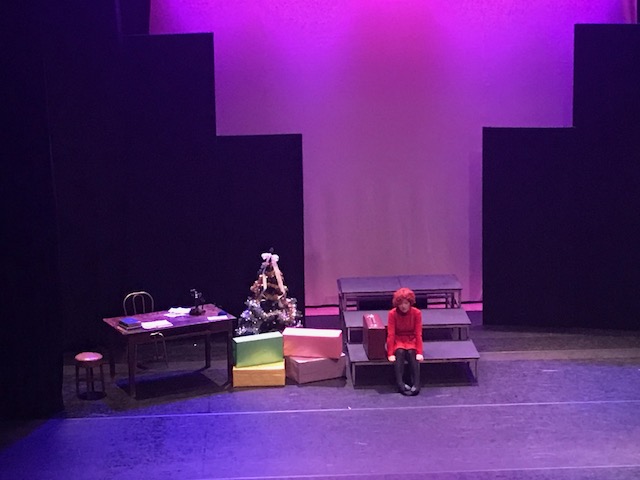 I would like to take this opportunity to wish last year’s Year 13 a fond farewell and wish them all the best for the next part of their journey – this was your swansong and how fabulous you were.

For those in the cast still studying here, it’s going to be a very busy year… I am sure you will rise to that challenge too. 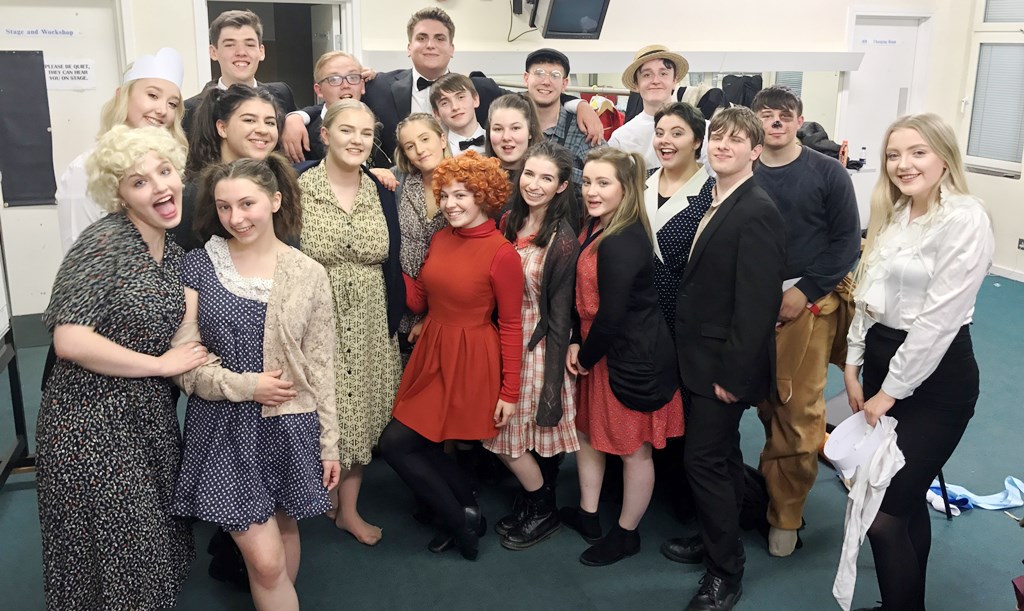