On Monday 22nd and Tuesday 23rd May I had the pleasure of taking a group of students from the NSB KS3 Drama Club to participate in the Northampton Festival of Performing Arts.

In the true spirit of NSB, the students worked hard to prepare their pieces and were ready to compete. I was so very proud of both their conduct and the quality of their performance and whilst I was secretly hoping for at least one of the categories to win, could not have anticipated the final results as follows:

Neal and Louis were then invited to perform in the Winner's Celebratory Evening the following day and asked to compete again at the Winner's Festival against an exceptional group of actors and musicians. Whilst the boys didn't win the trophy this time round, the adjudicator David Saint gave them some incredible feedback that any young, budding actor would be proud of.

Second place - Jacob Benhayoun – ‘Burying my Brother in the Pavement’

OVERALL WINNER OF BOTH MONOLOGUE CATEGORIES 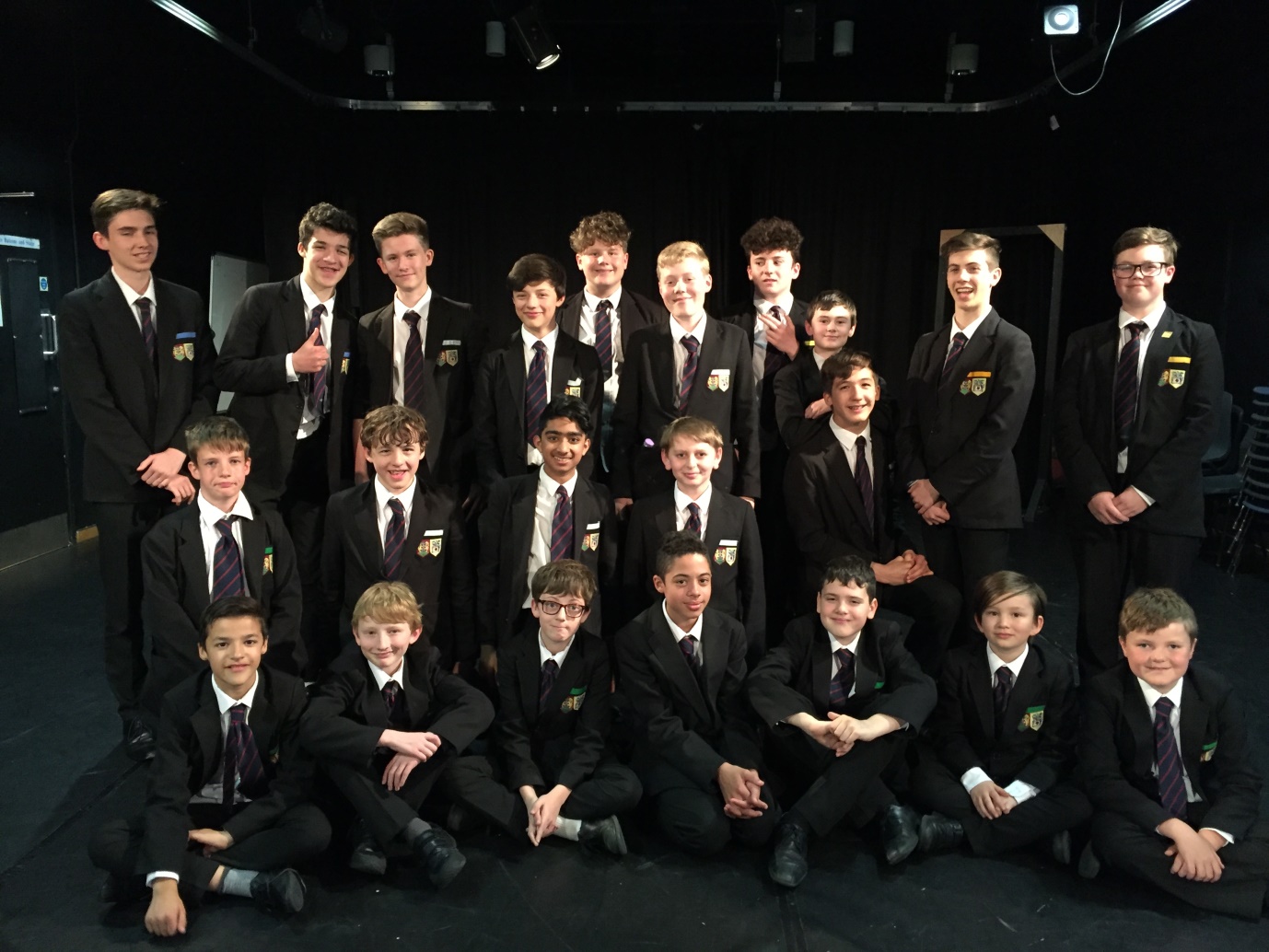 "The students are such a pleasure to teach and I would like to take this opportunity to congratulate them for their hard work, commitment and talent."
H. Hasan - Team Leader for Drama