Every year we encourage all students to join the millions of people who will be wearing a red poppy for remembrance as a mark of respect for all those who have lost their lives fighting on behalf of their country.

Since the first Remembrance Day in 1919, poppies have been used as a symbol due to these bright red flowers being the only plant to grow, defiantly, amongst the devastation of the Western Front during the First World War.

We have previously had two NSB poppy pin badges which were designed by our chair of Governors, Mr Peter Bason. One commemorates the 94 former students and staff members who lost their lives in World War 1 and one which commemorates the 100 former NSB students and staff who lost their lives in the Second World War. Our chair of Governors, Peter Bason, has once again designed a poppy pin badge for the school community. They will be on sale for a minimum donation of £3, either through ParentPay, student services or Main Reception. All profits will go to the Royal British Legion.

This year the pin badge reflects the blue of the school colours and commemorates the 194 students and staff who lost their lives in both the First and Second World Wars.

All profits go to The Royal British legion.

When the school broke up for the summer holiday in July 1914, students and staff had little or no notion of the turmoil awaiting them, and the world. When war was declared in August 1914, several of the teachers volunteered immediately, and by December 1914, six staff members had left for the Armed forces along with large numbers of Old Boys.

During the four years of the Great War, boys busied themselves with activities in the Cadet Corps or volunteering as Orderlies at the Duston War Hospital. As the war went on and supplies became scarce, students and staff turned their hand to gardening and were incredibly successful, producing a potato crop weighing in at 4.5 tons!

A key change that occurred at the school was the staffing. In 1916 conscription was introduced for all single men aged 18 – 41, later changed to include all men, single or married. The shortage of men due to conscription brought about the welcome addition of female staff to the school for the first time.

When the guns ceased for the last time in the Great War, and relief set in, there was however, also sadness. Between 1914 – 18, 94 members of the school community, staff and students, lost their lives fighting in the war. And so began the school’s tradition of commemorating Remembrance Day.

The Headmaster, Mr Edward Reynolds also introduced the Old Northamptonian Association to give Old Boys and staff somewhere to gather, play sport and remember their fallen friends. The ONs not only still exists today, but thrives and is a centre point for our local community and the values of comradeship and tradition that Mr Reynolds hoped for – recently celebrating its centenary in 2019.

When war was declared on Germany on the 3rd September 1939, Northampton School for Boys was a very different place than it had been during the previous war.

The school building had been expanded to accommodate the 600 plus students that now attended the school, many current and former pupils were members of the Old Northamptonians association, the school had a new Head teacher in the form of Mr Cook.

With the declaration of war mere days before schools were due to start back and the introduction of the Government Evacuation Plan, term was delayed. A number of schools from North London were sent to Northampton under the new government plan, boys and their teachers from Kilburn Grammar and Willesden County School were now to be accommodated at NSB. NSB students used the school from 8.50am until 1.00pm and then the London boys used the facilities in the afternoon. During this time NSB busied itself with many outdoor activities. 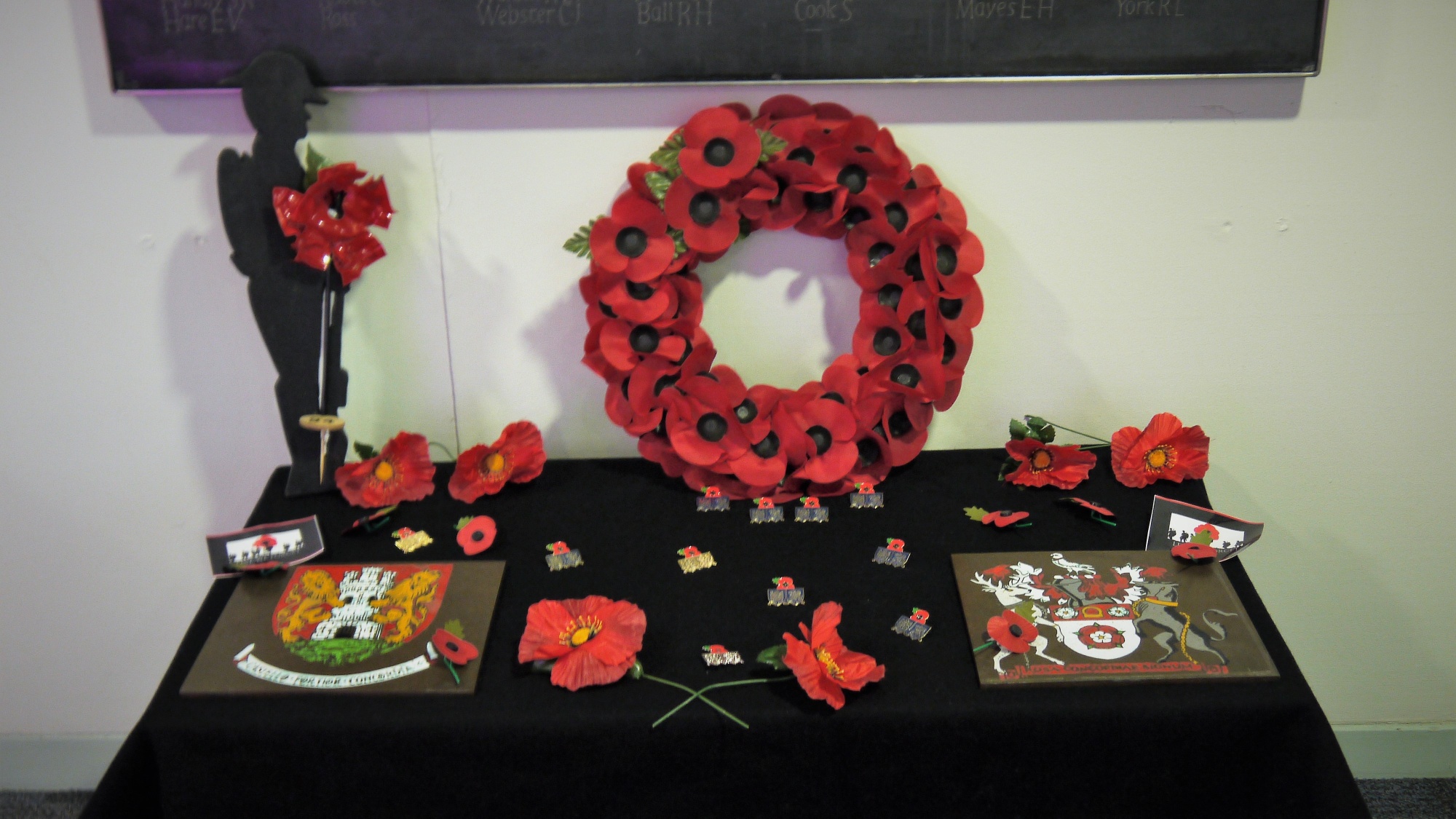 Much like during the COVID-19 pandemic, masks were an essential piece of school equipment. Each student was equipped with a gas mask that was inspected weekly. The windows of the school buildings were covered with a splinter proof netting and a large air raid shelter was built on the cricket field. Air raid drills and practice whole school evacuation drills were done regularly at the school. A series of short sharp blasts on a whistle would be heard and pupils and staff would immediately evacuate to the air raid shelter, this was done in under 5 minutes. The closest an air raid ever came to the school was at night when a bomb hit the Billing Road cemetery and another hit St. Andrews grounds next door.

In essence during WW2 the school community pulled together in the same way it always has, our pupils throwing themselves into activities to help others and standards of education and care kept to the outstanding level the school had already set itself even then. Following the war, all current staff who had been serving returned, even Mr Reach who had been a POW of the Japanese in Singapore.

Names, however, continued to be added to the school’s memorial, ultimately totalling 100. Many of whom died in the Normandy D-Day offensive and following battles, none of whom will forgotten as long as NSB remains standing.

A man’s destination is not his destiny,

Every country is home to one man

And exile to another.

Where a man died bravely

At one with his destiny, that soil is his.

Let his village remember him.