The Honours system was created for people such as Yvonne Edwards. But how does one sum up her contribution to Northampton School for Boys in just a short tribute? Yvonne was Chair of Governors at NSB for a remarkable 26 years, first becoming a governor in 1985. She was determined that the school could - and would! - become at least as well regarded as it had been when it was the Town & County Grammar School. When she arrived as parent governor the school was in a slough of despond. It was threatened with closure.

By sheer force of will, together with her vision and indomitable courage, she worked closely with her newly-appointed Head, Bruce Liddington, to begin what became a fantastically successful journey. Together they plotted and planned. They were equally determined.

One of her first challenges was to win the battle to remove the school from Local Authority control and to achieve the new ‘Grant Maintained’ status. She rightly believed that the school must stand or fall by the success of its own decision-making. Many were opposed to the move, but she won the day and the rest - as they say - is history! 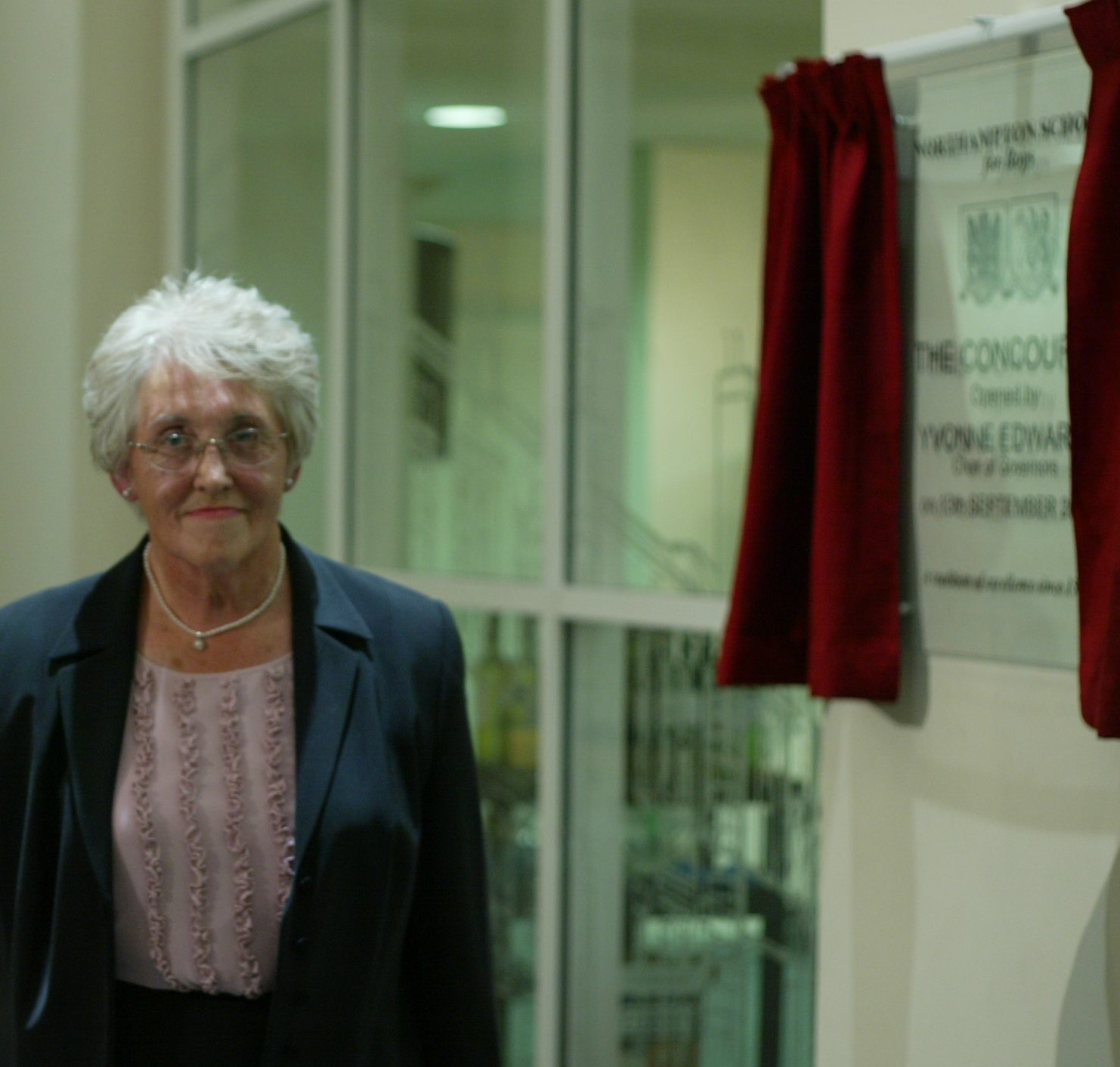 Yvonne was immensely proud of the school, and in particular she was so proud of the students. She regarded them as ‘her boys’ and took a maternal interest in them. It was not unknown in the 1990s – when the school had more than its fair share of boys whose behaviour could be described as ‘challenging’ - for the diminutive Yvonne to spy them in the streets on their way home and insist they tuck in their shirts and do up their top buttons in order to be worthy ambassadors for the school. They unfailingly did so!

Yvonne’s commitment of time was prodigious. Not a Parents’ Evening or concert or show would take place without Yvonne in attendance, always wanting to witness the students’ talents and to hear the views and ideas of parents. Her support for the school was boundless. As was her support for her Headteachers.  In public, she would always, always support every decision made by the Head. But in private she would make it absolutely clear in no uncertain terms if she felt a decision had been ‘unwise’! Every Headteacher would want a Chair of Governors in that mould.

And she was indefatigable in her support of students. She would religiously attend the A level Theatre Studies ‘devised pieces’ performances which are well known to shock and invoke considerable angst … and a healthy sprinkling of obscenities. Not her ‘cup of tea’ at all! On being asked by a parent one such evening whether she was not offended, a clearly uncomfortable Yvonne looked her straight in the eye and said: “Certainly not – you see far worse on TV each evening! And our students were marvellous!”

Many thousands of people in Northampton and around the globe are saddened at the passing of a remarkable lady without whom they themselves would not be where they are today. International sportsmen, renowned professional musicians and actors and leading academics and educators amongst others can pay tribute to her demand for excellence. But just as important are those alumni who have simply absorbed the values of hard work, honesty, humility and respect for all others that were insisted upon by Yvonne… and NSB.

As NSB continues to go from strength to strength, Yvonne has continued to follow its progress with pride. Her MBE was the least she deserved for a lifetime of service. The school – with its fantastic buildings, facilities, staff and students – is a wonderful legacy to a truly remarkable woman.