The Y9 Languages students were extremely excited to hear about the Arsenal Double Club languages campaign at the beginning of the academic year.

A fortunate select few would be able to participate and those of us that elected to take part in this course beginning in January and ending in March, enjoyed 10 weeks of hard work that covered some work on our vocabulary, as well as our football skills. The aim was to have us play and practice football whilst expanding our vocabulary knowledge in the process. We were given a booklet which we progressed through during the classroom based sessions, whilst completing various drills and playing practice matches during the football based activities. 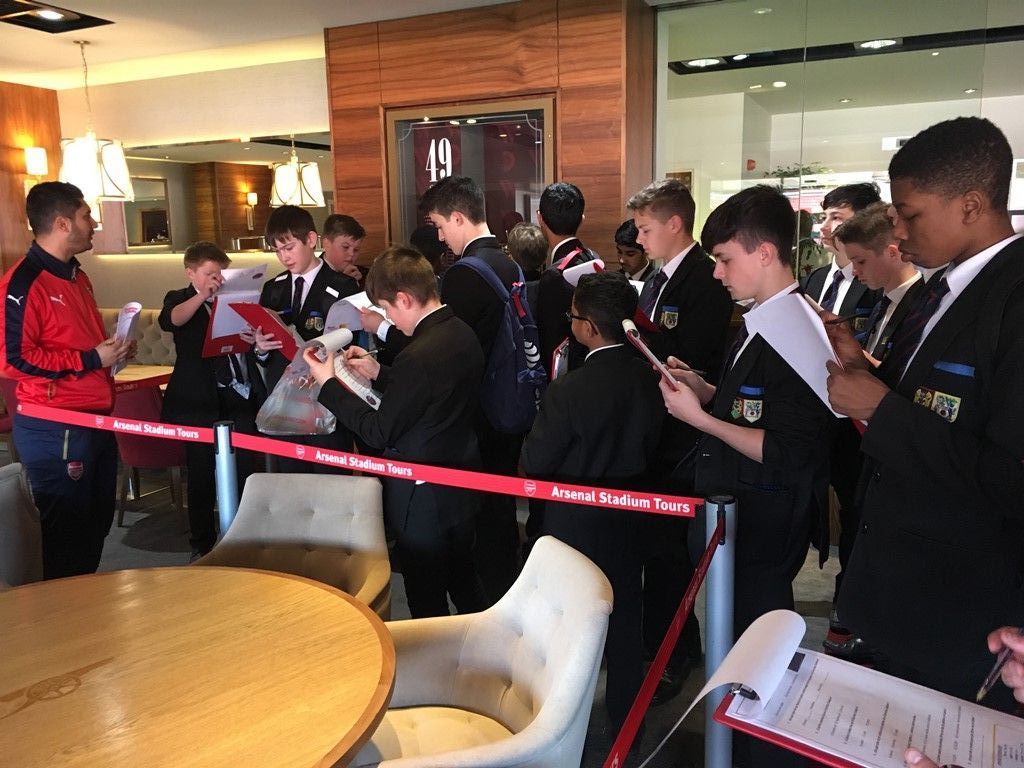 All this work led to an eventual trip to visit the Emirates stadium and have a tour of its facilities. Prior to this we had a 5-a-side tournament between teams representing France, Belgium, Spain and Mexico. These French and Spanish speaking teams played against each other once during this tournament. We were not allowed to use a word of English on the pitch and we were therefore in a position where we could utilise our newly learned football vocabulary to avoid the 1 minute sin bin given to those that spoke English. The standings were then as follows: 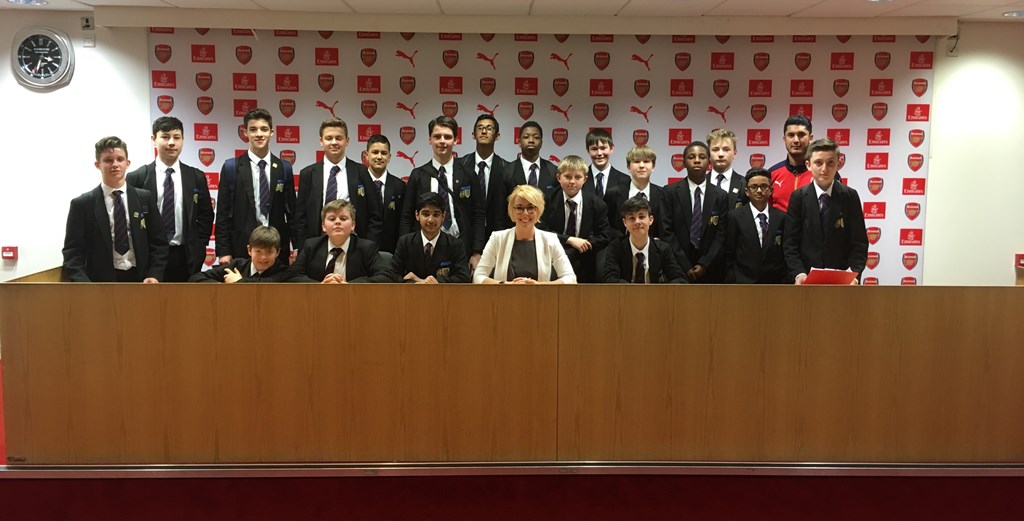 Everybody worked extremely hard during this tournament but the one person that stood out throughout the whole process was Ben Sitton for his hard work and dedication during both the classroom and football based activities. Ben thrived in both environments and was very committed and thoroughly earned his 'Man of the Tournament' title. Jacob Burns was also congratulated for his enthusiasm and the excitement that he brought to the course. He was passionate about the whole experience and was the most fun person in the group. For these reasons he received the award of the 'Most Invested Player'. 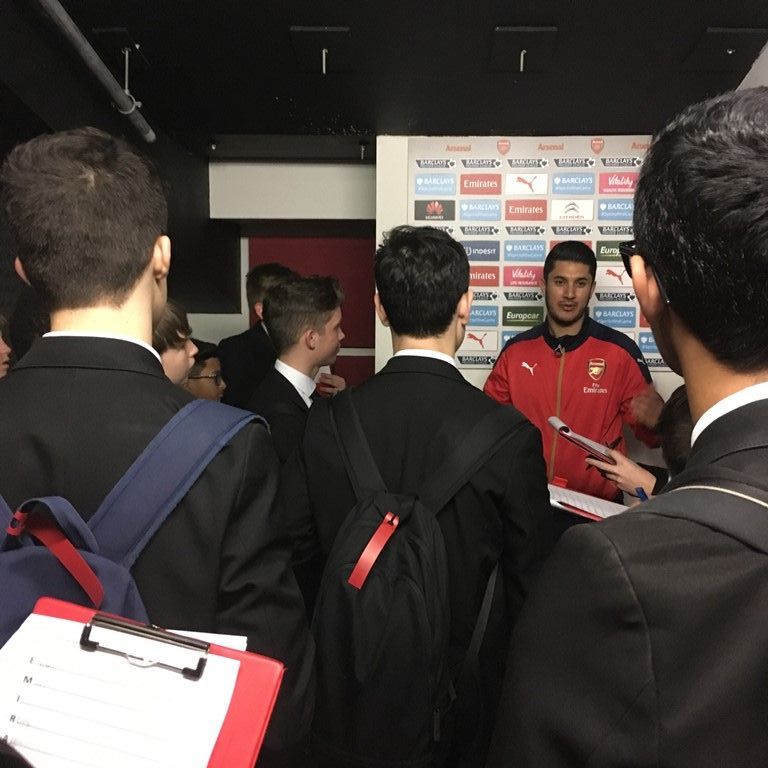 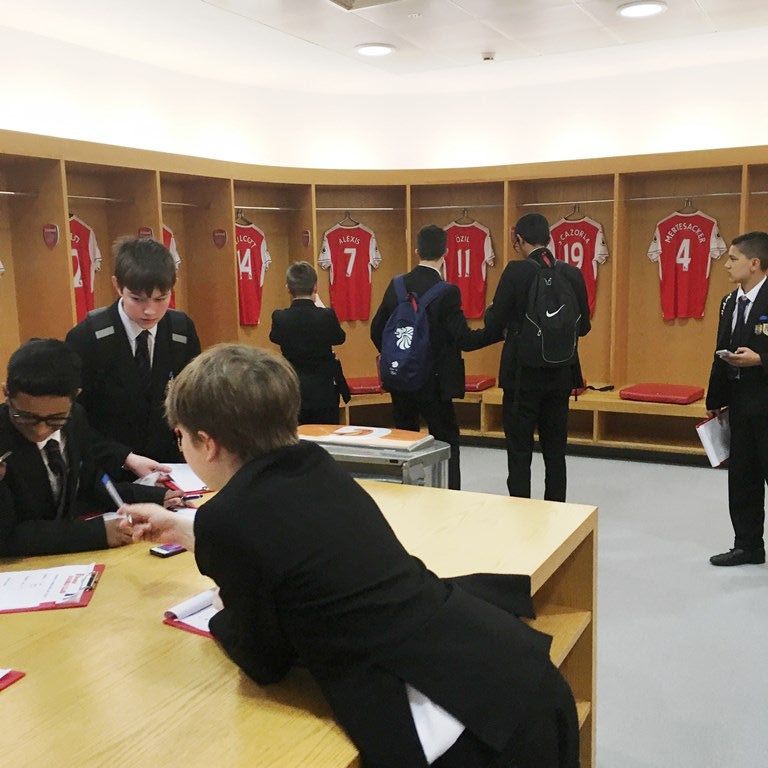 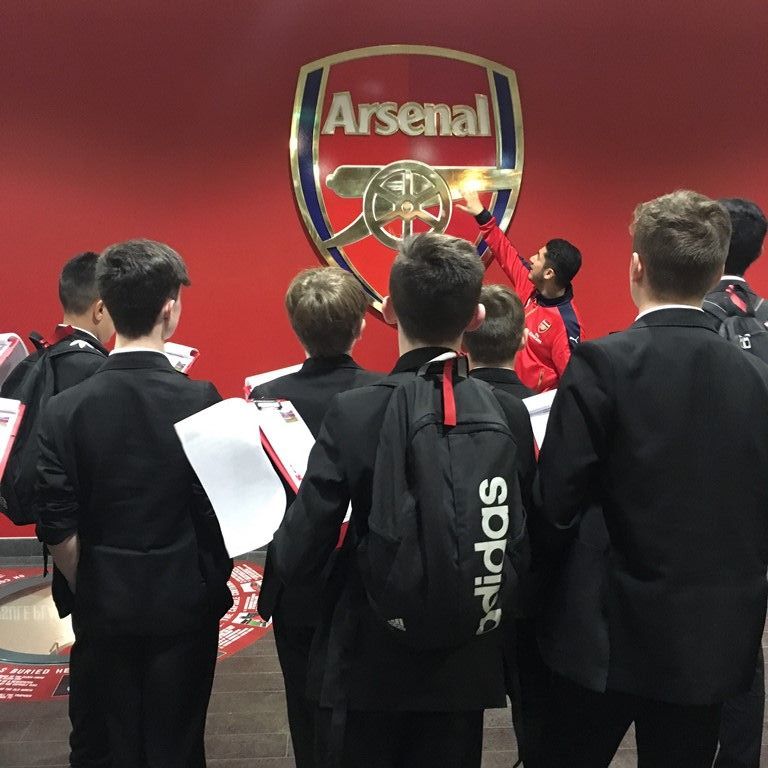 On Thursday 9th March, after the revelation of the award winners in the morning, we were all ready and eager to get to the Emirates stadium and take a tour as the final part of the Arsenal Double Club.

After a coach trip we arrived at the Emirates stadium, circled the stadium and entered the vast club shop. Things ranging from slippers to pens to wristbands could be seen sporting an Arsenal logo. After this, we spent some time in the museum and were challenged by Mrs Shakir and Mr Pietropaoli to find the most interesting facts. Some facts that we found ranged from the length of sleeves being similar as a show of unity to the origins of the club in a munitions factory! 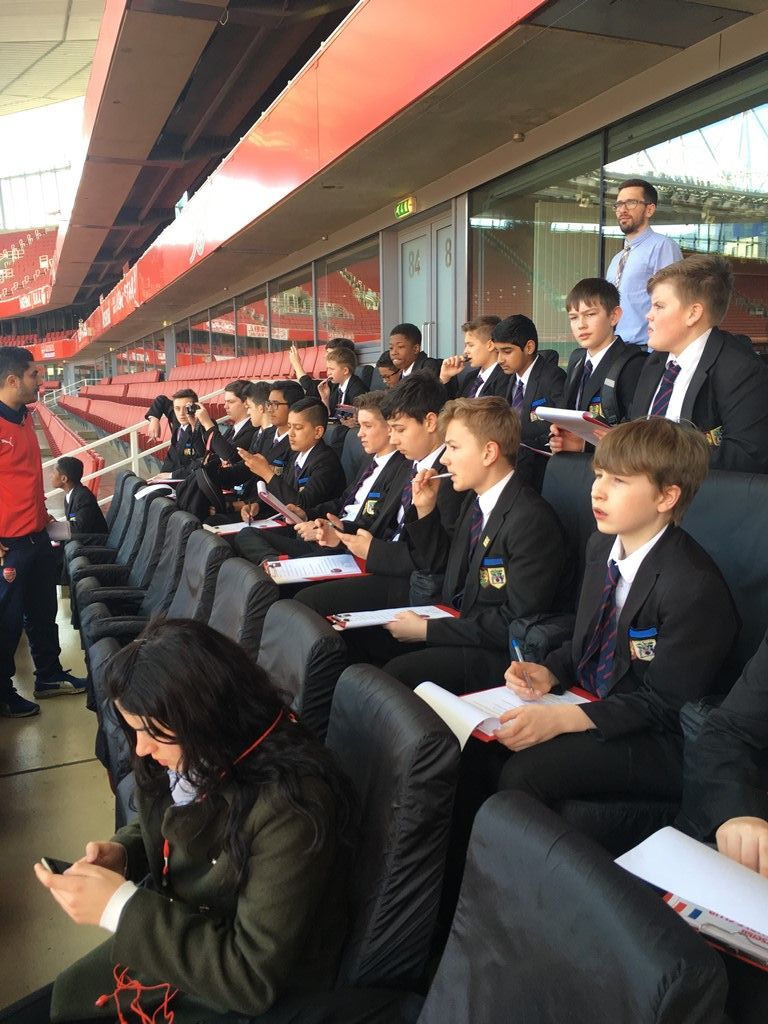 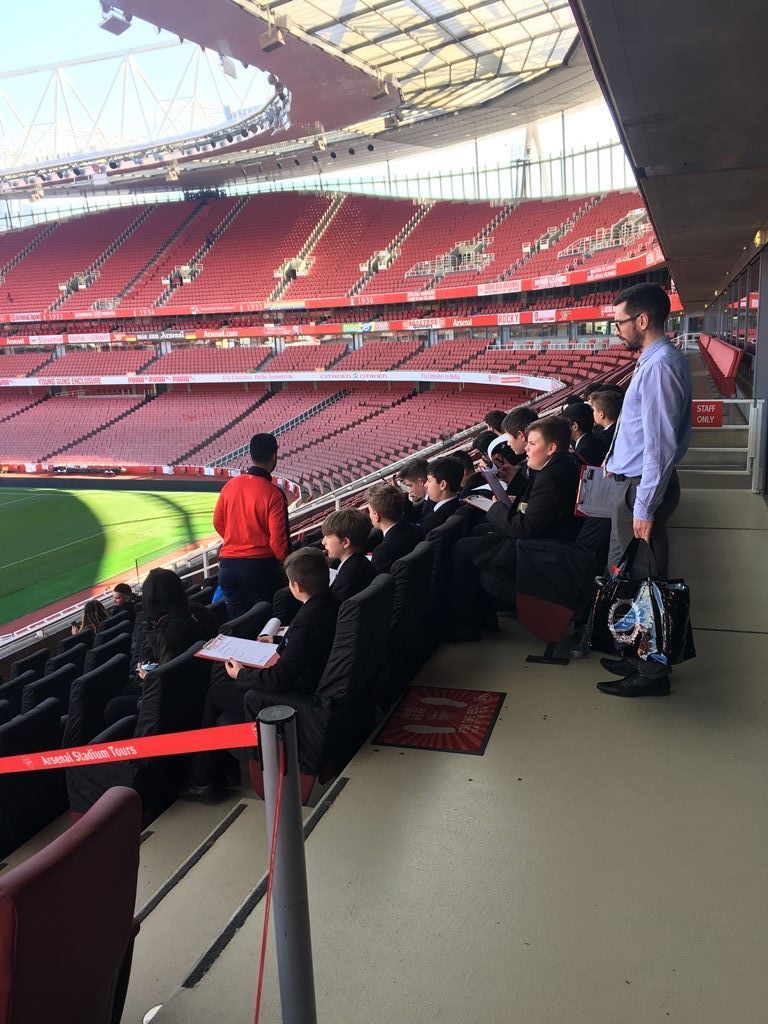 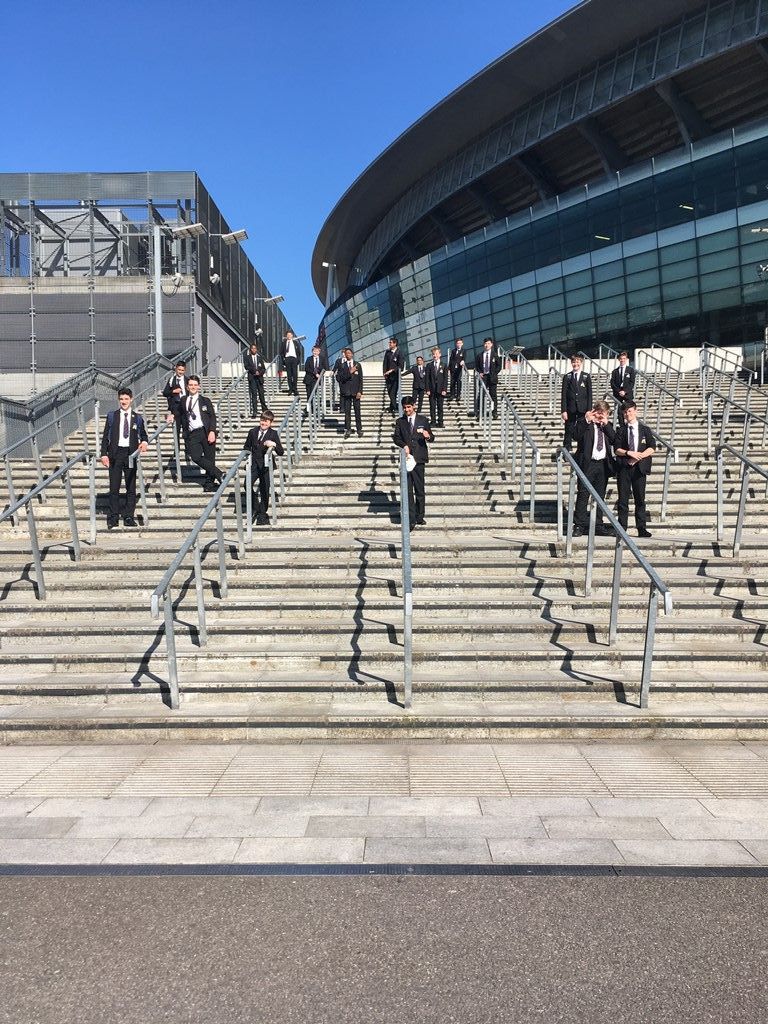 Soon we were met by Steve Eadon who runs the Arsenal Double Club languages campaign and proceeded to lead us on a guided tour around the stadium. The tour saw us explore places from the directors’ box to the players’ dressing room. We learnt more about the inner workings of the football club and how languages can be used there as well as how they can help us in the long term. We learned how the design features of the stadium can actually help the home team (particularly in the away dressing room as this has been allegedly designed deliberately so that it is less comfortable for the opposing side). A piece of less common knowledge about the exterior of the stadium that is that by Arsene Wenger’s request, the substitute seats are not under the roof of the stadium so that the substitutes can get a feel for the conditions before coming onto the pitch.

Congratulations to Joshua Murphy and Isaac Harrison who achieved the highest scores in the quizzes for their respective languages. When we got home we were all slightly exhausted but were extremely pleased with the whole day overall. A special thanks to Mrs Shakir and Mr Pietropaoli for coordinating this amazing experience.