At the start of December, Northampton School for Boys placed 2nd in the National rankings for Best State School for Sport in England. This was reflective of an unbelievable year which saw 9 teams from the school reach national finals in 6 different sports. That makes it 6 years in succession that NSB has placed either first or second in these national rankings.

This year the sports teams have continued to excel on the national stage, with the 1st XV rugby team winning the quarter final of the U18 National Cup at the start of the month, 22-15 away at Royal Grammar School Newcastle, to set up a semi-final tie with Warwick School in March. The team included England U18 International Ethan Grayson, who is one of 12 players at the school currently in the Junior Saints Academy. The U15 rugby team will play Ipswich School in January at the last 16 stage of their National Cup, as they hope to emulate last year’s U15 squad who reached the National Final at Twickenham. 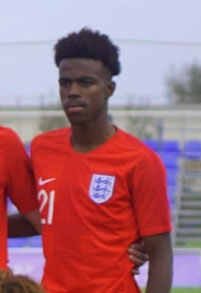 This year, in addition to rugby, the football squads remain in 8 national cups at 7 age groups, with the U16 and U14B teams both preparing for national quarter-finals in January. Carney Chukwuemeka leads the U16 front line and he played for England U17’s recently at a tournament against Spain and Germany in Pinatar. Kyle Kelly in Year 9 has been selected to play for England U15’s against Belgium at St. George’s Park in February. The basketball squads reached 3 national finals last year and their new seasons are now well underway. So too Water Polo, who have forged an excellent link with Northampton Water Polo Club, and currently have all 3 age group teams preparing for national semi-finals.

A busy year ahead on the national stage for this powerhouse of school’s sport.