The Inaugural Presentation of the Sir Michael Griffiths House Cup 2019

Sir Mike did wonders at the school during his time here and under his headship the school went from strength to strength. Although Sir Michael was a Scientist by trade he was an ardent supporter of the Arts. He was also a firm believer in community spirit, the student voice and healthy competition so it is no surprise that he championed the House system and School Council and for that, as for many other things here at NSB, we are very grateful.

The House system gives you a chance to have your say and to be part of something - it is about participation, whether competing or making positive changes to the school environment through the House/School Council meetings. School Council enables discussion and debate, encouraging positive change and improvements for the school community and each individual within a House should have a whole school community spirit as well as their team one! It is a huge school – a House gives you an identity within the school - people to identify with, talk to and work alongside.
The House system celebrates the diversity within each House by establishing an ethos of participation regardless of ability or talent. We celebrate successes and strive to be the best we can be, but also we believe in fair conduct and are gracious when we win and in defeat.

“When I was first appointed by Sir Michael Griffiths over 13 years ago the House system was already firmly in place and it makes me very proud now as a member of the Senior Leadership Team to lead that aspect of the school and to build on what Sir Michael created.”

“Brightwell is an example of resilience, ‘bounce-backability’, self-belief, strong leadership and positivity. “Always last!”, but then from 4th to 3rd to 2nd to 1st – you are the role models of never giving up.” 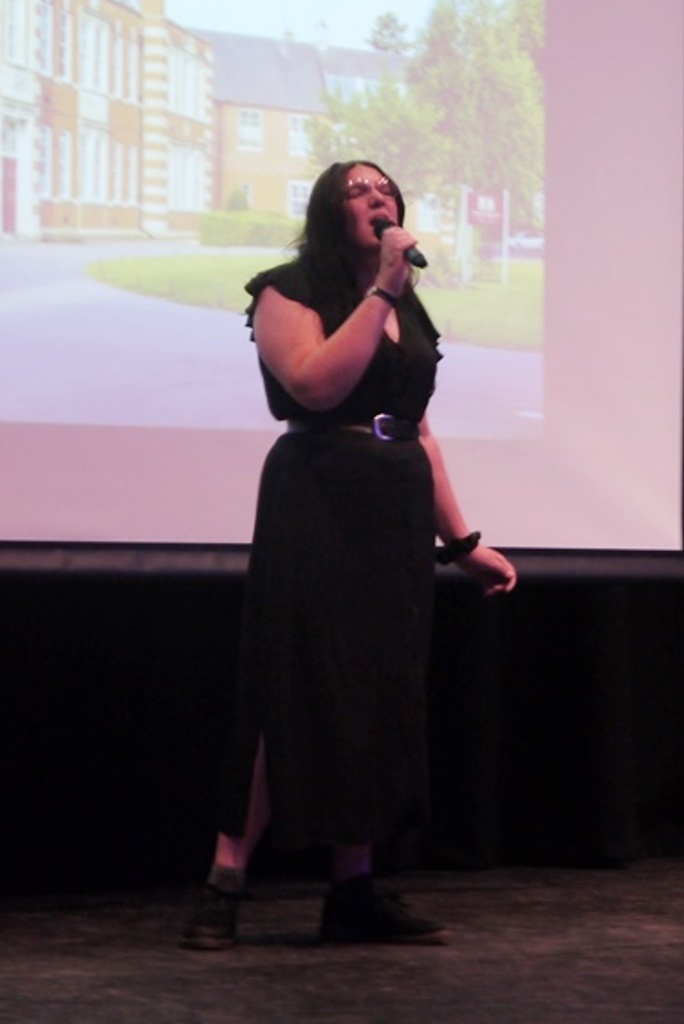 Joe Lovell performing a monologue from 'One Man, Two Guvnors'. 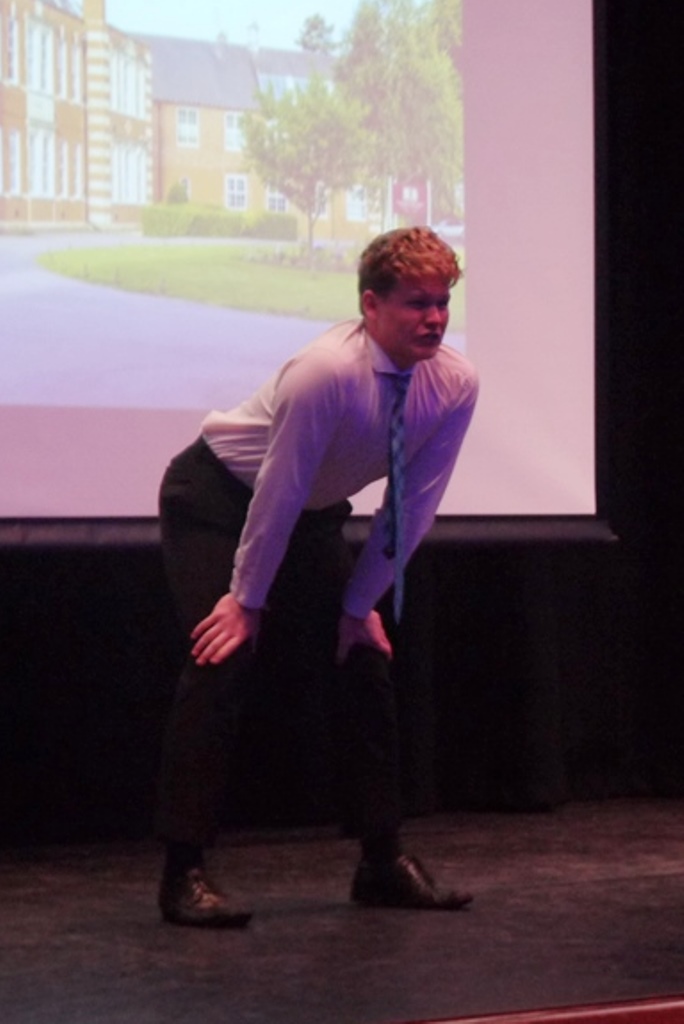 Through the success of the House system we are reminded how  important it is to be a part of something; to put yourself forward, give suggestions, discuss, vote, engage, play, perform, lead, liaise, compete, achieve... and make a difference!

Northampton School for Boys used to have a House system in the mid-20th century, but it fell out of favour. When I was appointed as a Deputy Head to the school in the 1994 it had been moribund for many years. The school itself had been pre-eminent in the county but had fallen after re-organisation in 1974 to being probably the worst school in the county in 1988! Then Sir Bruce Liddington was appointed. He was instrumental in transforming the school and began the journey of making the school one of the best in the country – not county - over the last 20 years!

Although he transformed the school in many ways and was keen that competitive sport, music and drama should be a showcase for the school, Bruce did not favour a House system.  He feared the fierce competitive spirit that might be unleashed! But in my experience students relish competition, understand that competition drives up standards, but appreciate that it can be done in a spirit of friendly rivalry and not necessarily result in pitched battles!

I remember that in my own school days, our House system was an incredibly powerful force for good. It provided great opportunities for boys to learn and practise the skills of leadership, teamwork, commitment, self-discipline and fairness that would stand us in good stead in adulthood.

I left NSB for a Headship in Oxfordshire in 1999, but when Sir Bruce left could not resist the opportunity to return! When interviewed in 2001, I promised the governors that – if appointed as Headmaster – I would re-introduce a House System to NSB. I remember Mr Bason – now Chair – being enthusiastic!

It took a couple of years in planning and preparation, but in 2004 the new House structure was launched. It began by focussing on sport but was always intended to spread to every aspect of school life – especially the Arts. I wanted EVERY boy at the school to feel part of a family, and for the House to be run not by teachers, but by the students. I wanted older students to be role models for the younger boys, to be coaches, referees, mentors and directors.

Every year, I told the new senior prefect team – drawn from each House, that I wanted the system to grow and develop. I had a vision that one day, the House system would permeate every aspect school life. I wanted the welfare system to be based on Houses, with older students – boys and girls - taking responsibility for the welfare of younger pupils.

I wanted generations of NSB leavers to know the challenge and excitement that working with younger children can bring. I wanted the House system to encourage more students to become teachers when they graduated! That was the grand vision. I chose names of original benefactors. I researched the family trees of those benefactors and any heraldic links they might have. In a reference to the original name of the school – the Town and County Grammar School – I wanted to show that students came from the town AND the county and used symbols from the town and county shields.

And finally, I designed the flags and colours for each House – the flags that now hang in the 1911 Hall. Each House was assigned a colour and an animal from the original shields – hoping that pupils would identify as Brightwell Bulls, Chipsey Lions, Manley Eagles and Washington Ravens.

It was great fun! Many staff were sceptical – but students embraced the idea! It gave so many more youngsters an opportunity to play competitive sport! So many boys were disappointed not to make the school football, rugby, basketball or hockey squads. The House competition gave them another outlet for their sporting prowess, and an opportunity to be ‘scouted’!

The expressive arts departments were the first to see opportunities for participation that House competitions gave – in music, drama and dance. The maths department saw opportunities – then the English department… and so it spread and spread!

I am absolutely delighted that Mr Bernard has embraced and further extended the House system. But in a conversation a few months ago, we both realised that though there were cups and shields a-plenty for individual sports – some dating back over 100 years – there was no single trophy for the overall ‘Top House’ to encompass performance in ALL fields of endeavour.

We agreed we should rectify this, and I promised Mr Bernard that I would donate a cup to the school.

And so it gives me great pleasure to present the inaugural ‘Sir Michael Griffiths House Cup’ to Brightwell House!