Citizenship Trip to Houses of Parliament 2019

On 16th January, the Year 10 GCSE Citizenship class had the opportunity to visit the Houses of Parliament, meet their local MP, and engage in a seminar about how laws are made.

Our thanks go to their subject teacher, Mr Barker, who went to great lengths to organise a trip to the capital where the students could see our democracy in action. Little did we know when the trip was booked three months ago that we would be visiting Parliament on a day where the Prime Minister would be facing a ‘vote of no confidence’ following the failure of the Brexit vote in the House of Commons the day before. This created a real buzz to the trip, and saw the students engaging regularly in political discourse. 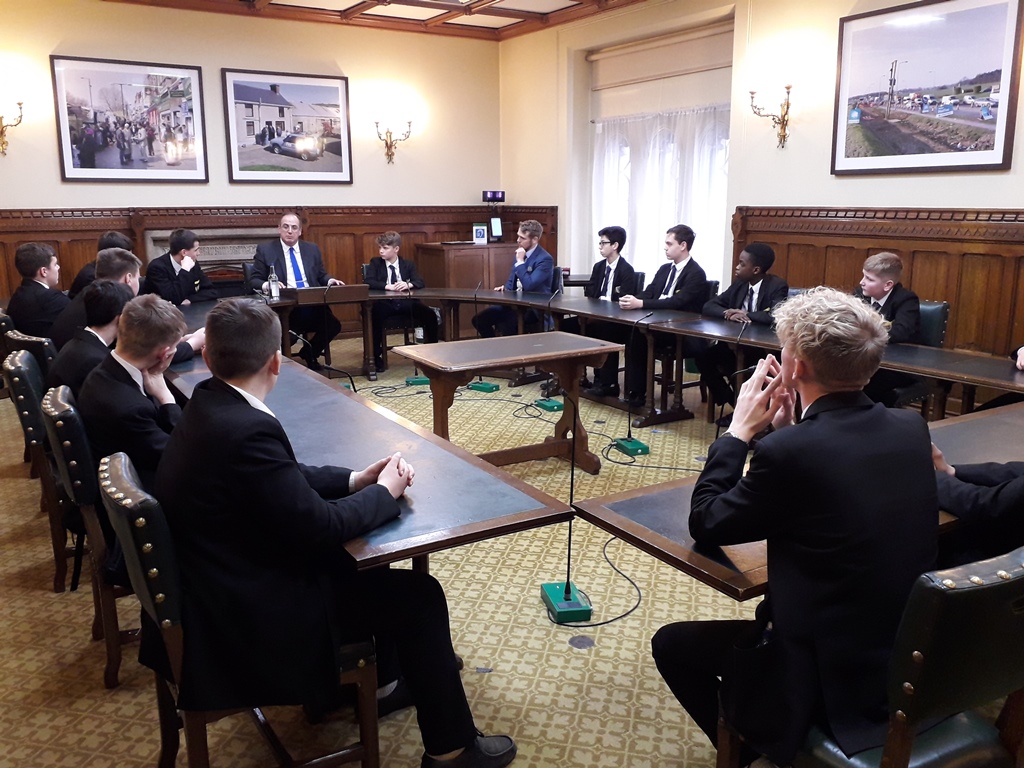 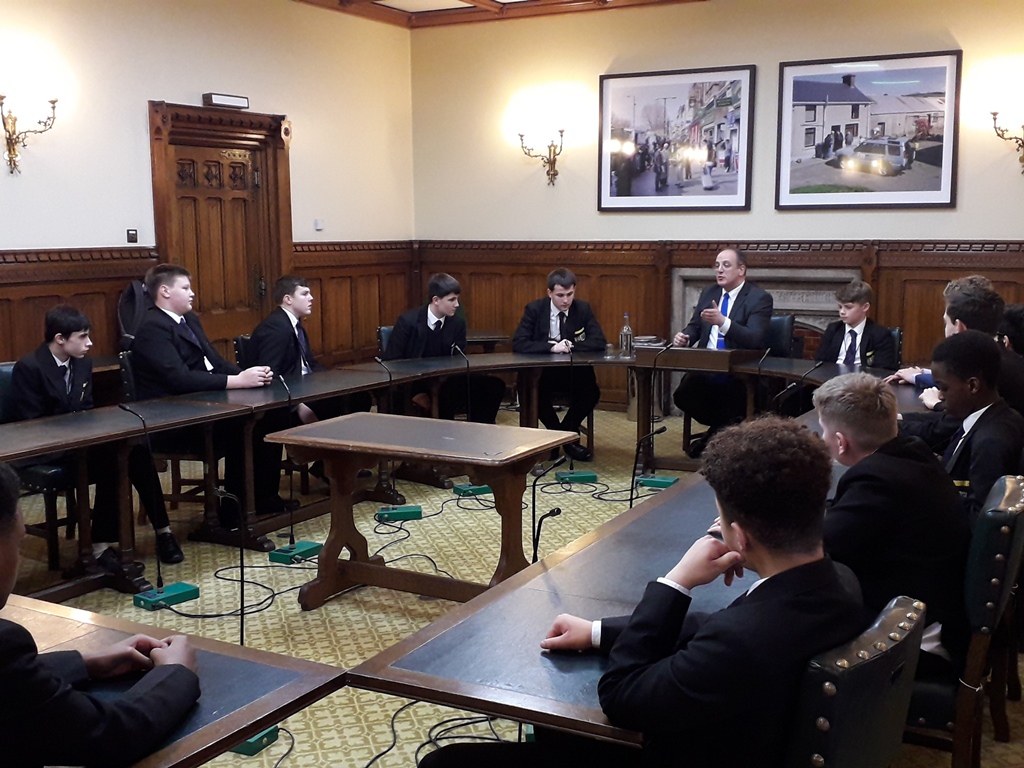 We were fortunate enough to be welcomed to Parliament by the local MP, Michael Ellis, who took time out of his busy schedule to invite the students into one of the committee rooms, where he engaged in a Q & A for 30 mins. He answered a number of questions from students ranging from his views on Theresa May’s Brexit plans, through to the issues facing young people in his modern Britain, and the role of the public services in his constituency of Northampton North. 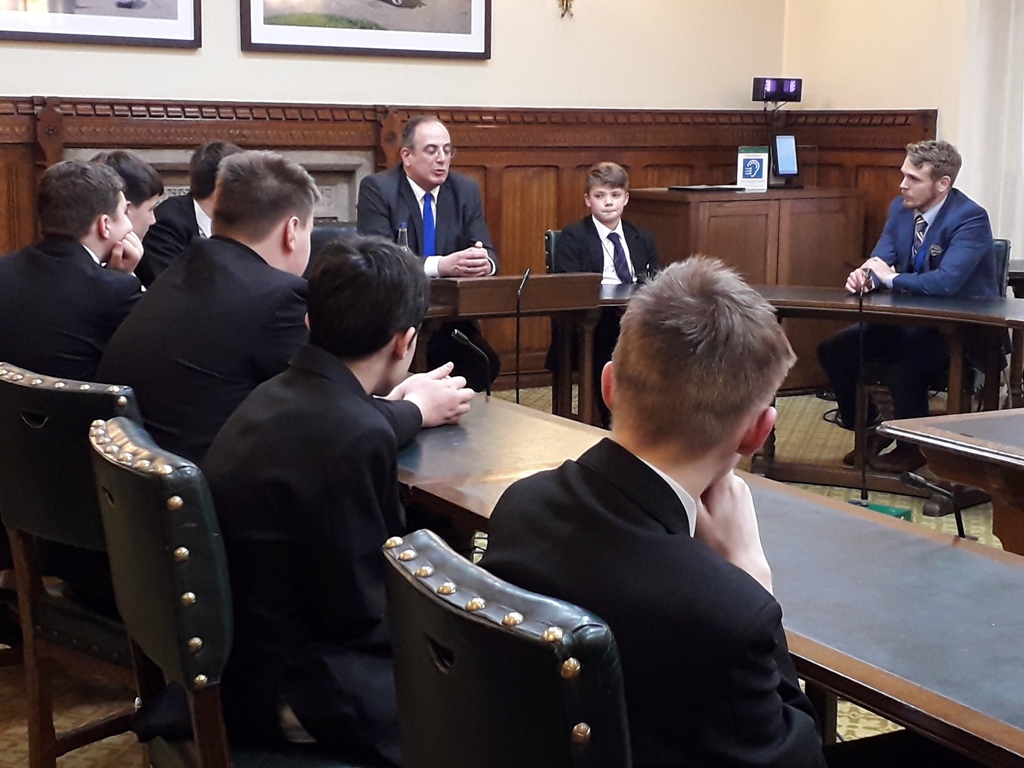 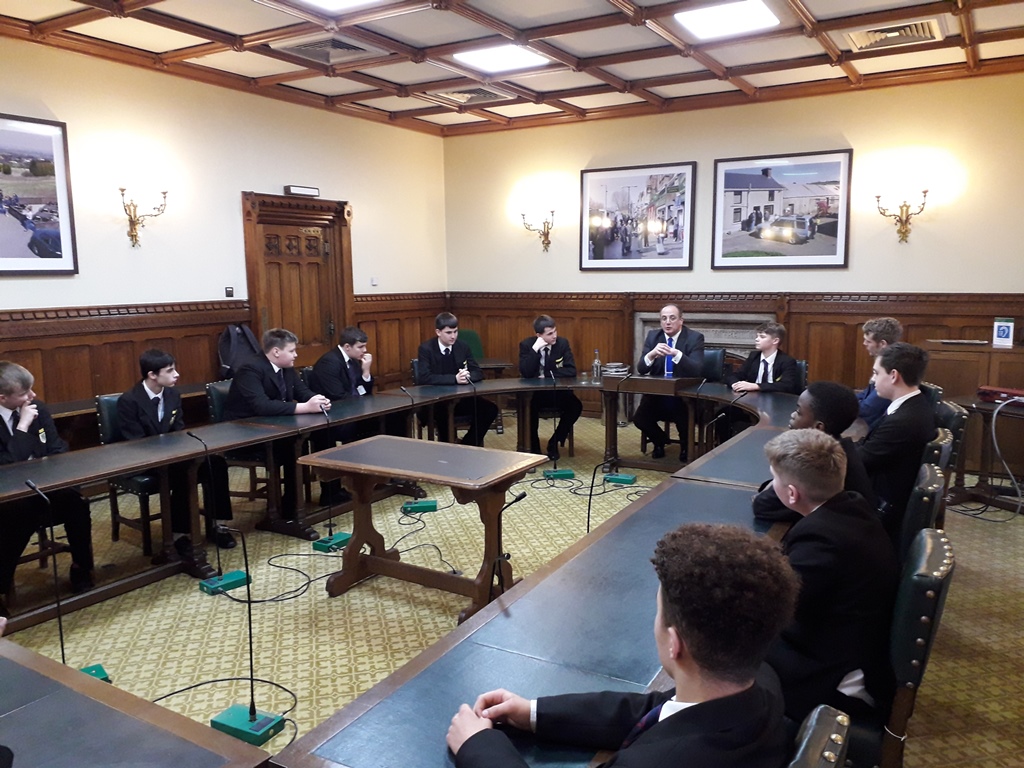 After seeing the politicians at work, the students went to the Learning Centre, where they had a seminar about how laws were passed. In a hotly contested debate, the boys drafted a bill to ban the smoking of tobacco, before considering necessary amendments, and implications on budget, policing, the NHS and individual liberties.
Without doubt, the boys have had a fantastic opportunity to see ‘politics in action’, and will be using this in not just their academic studies, but in their path to becoming engaged, knowledgeable, and active citizens.