"We are not put on this earth for ourselves, but are placed here for each other. If you are there always for others, then in time of need, someone will be there for you."
- Jeff Warner

Northampton School for Boys staged its annual Charity Week just before Christmas and the whole school came together in the true spirit of giving – giving their time, energy and sometimes their dignity (wet sponges thrown at teachers, leg waxing, head shaving to name a few!!), as well as their money, to some very worthy causes.

The incredible amount of £11,832 was only possible because of the phenomenal input by students and staff. I would like to take this opportunity to thank everyone for making this happen – it is amazing what can be achieved when everyone pulls together and puts their everything into something. Such a great way to end Term 2 and a challenge for next year to go one better!!! 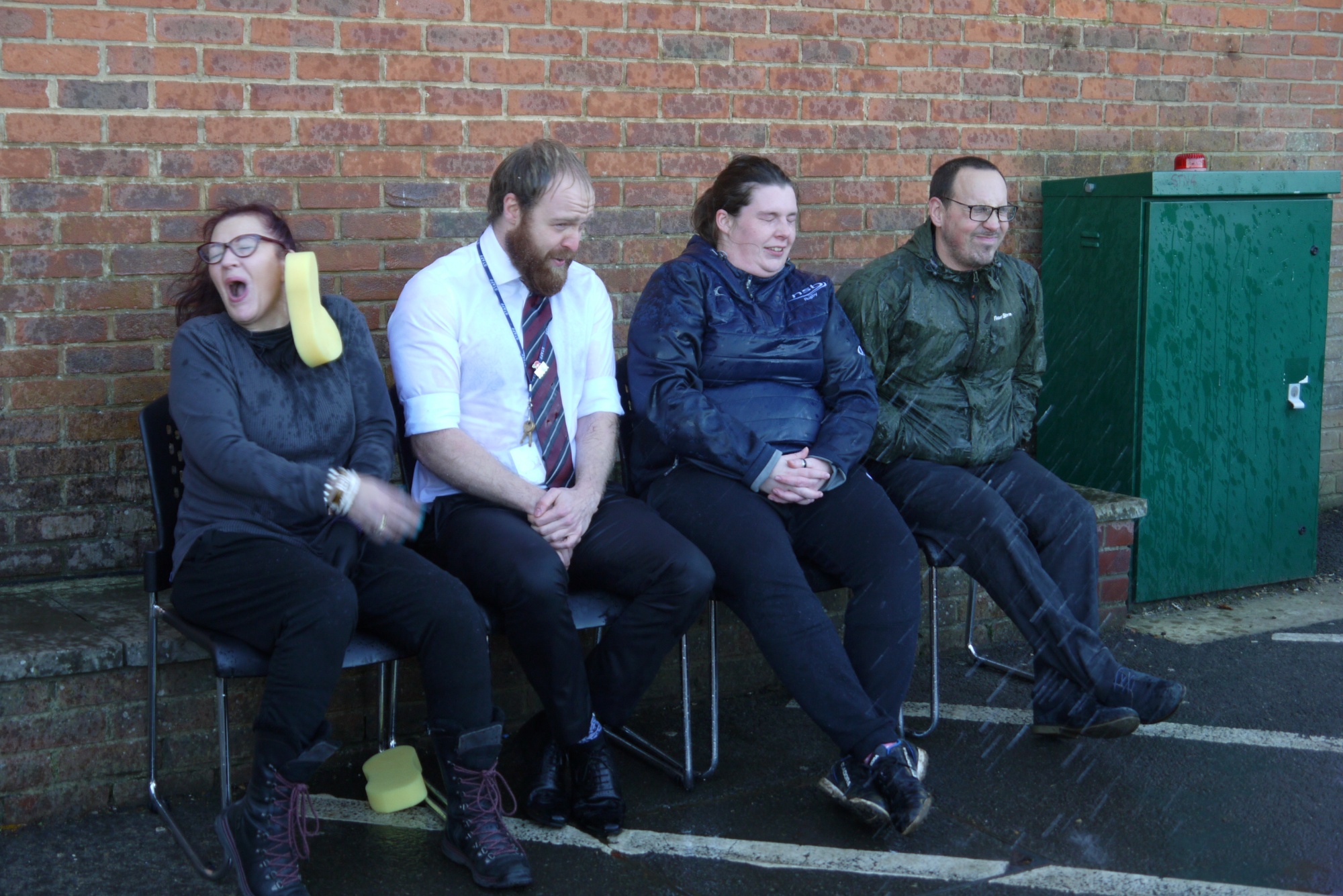 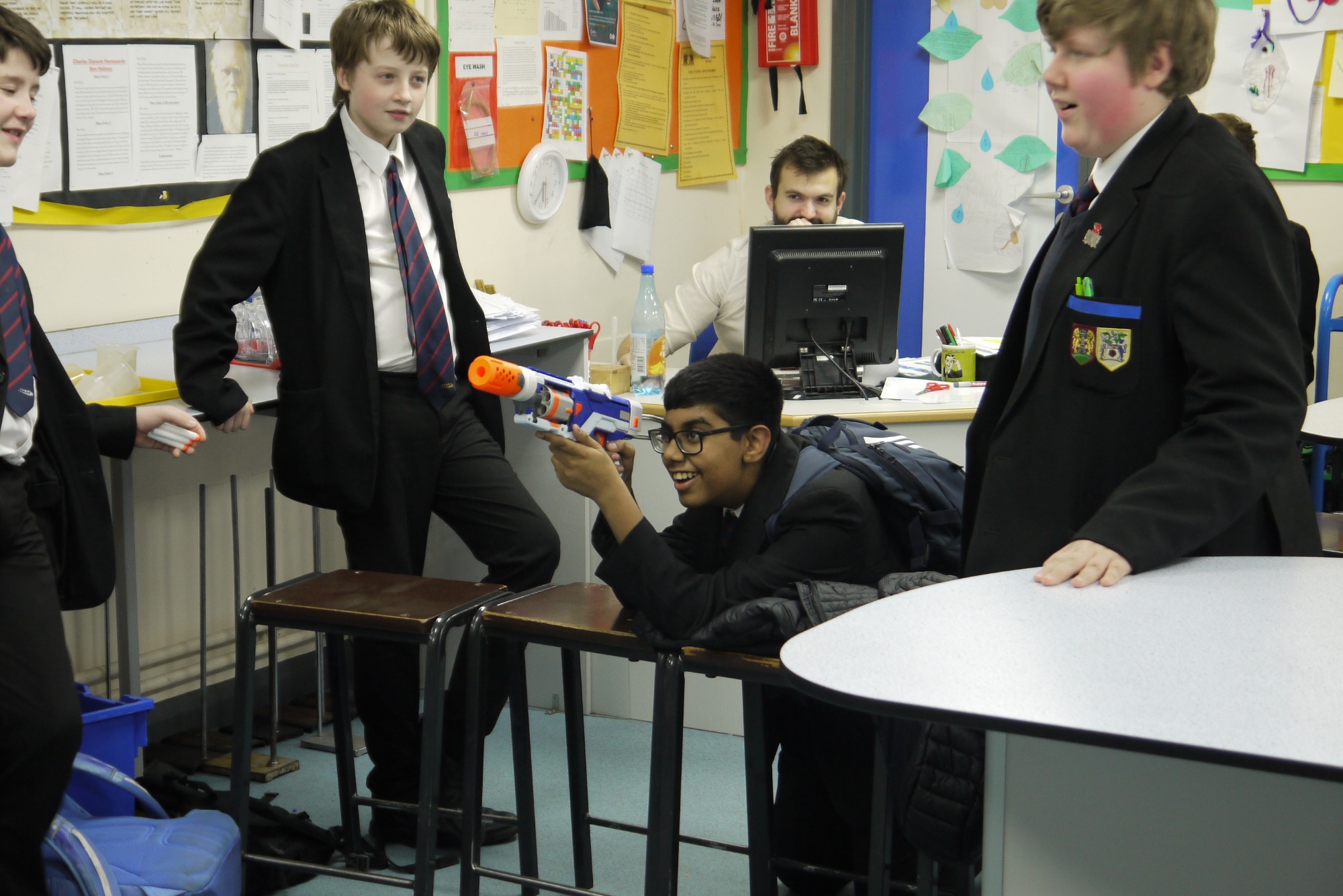 The motto was every penny counts so everyone that spared any money during the week and in sponsoring someone has ensured that we are able to help a lot of people in 2019. Some notable stand-out achievements go to 8P who raised well over £800 with Noah White raising over £300, 7I £657, 10P £620 with Ishar Bhullar single-handedly raising £510, 7R £514.15, 7Q £283.01 and 8J £153.15 but as I said every penny spent, every pound for Mufti, every raffle ticket or Golden ticket for XX factor bought, every cake consumed – it all makes a difference to people’s lives. Well done to all of you!

There were so many highlights and XX Factor was again central to the week for many KS4 and 5 students and there was some outstanding talent to entertain a packed house, hosted by Mr Charidine with a few special guests. Golden Tickets sold out for the four day XX Factor Extravaganza raising £4000 - Alesha Warsop Year 13 won a hotly contested final with Conrad Basi Year 10 and Jacob Benhayoun Year 11 coming in a close 2nd. Beach Division (Martin Beach, Oliver Rumens and Sam Murray), last year's winners came back to play and gave us their amazing rendition of Adele’s ‘Hello’. It was, as always, an amazingly loud, lively and supportive atmosphere. Thank you to Mr Charidine, staff and the House Leadership Team who took part in managing the XX factor process and the event itself. 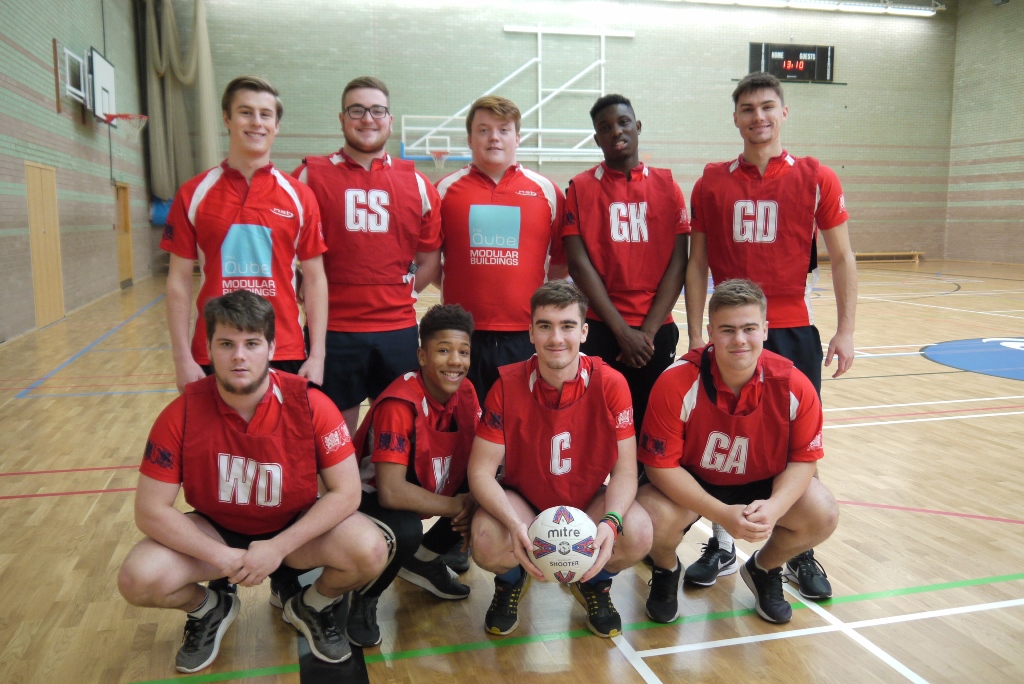 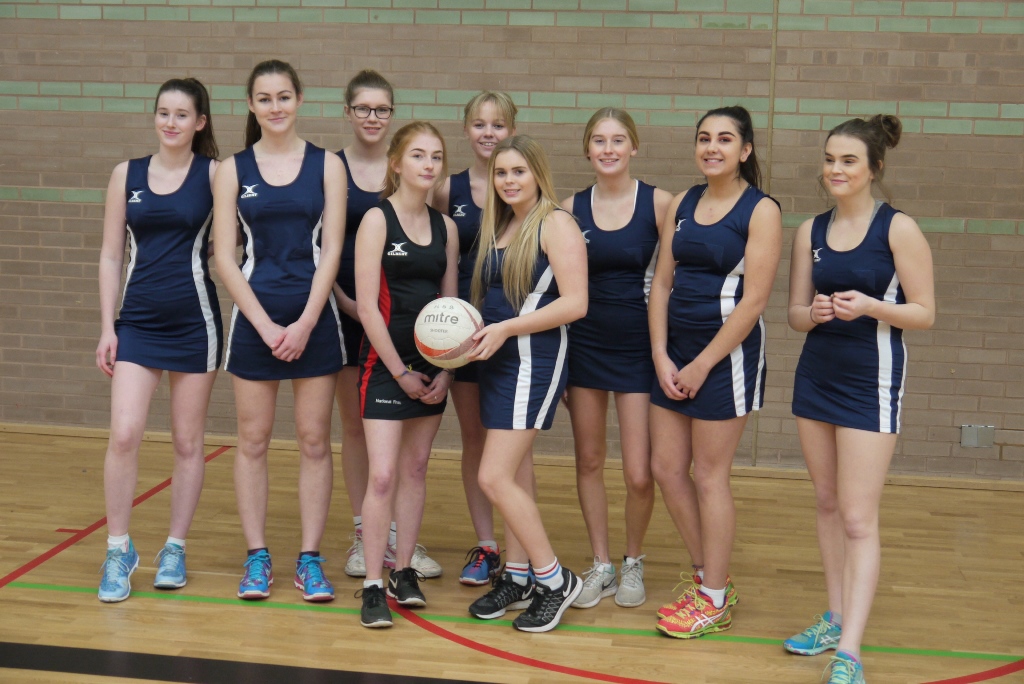 The buzz at break, lunch and after school reverberated around the school with numerous sponsored events and physical challenges; swimming, triathlons, crossbar challenge, tennis football, Rugby Team V Netball team Netball match, silences, shoot outs, FIFA Football, leg waxing, mile runs, cycling, fitness challenge, phone band and the list goes on. Other events included Mufti Day, Sixth Form/Staff Christmas Jumper day, five staff victims and wet sponges thrown at them, three members of staff all shaved their heads for charity, cake sales, cracker challenge, film club, backwards walking, wear your clothes backwards, bounce-a-thon, fear pong, guess the sweets, find the treasure, chocolate tombola... and it goes on and on with so much more, with all forms undertaking a sponsored event and an event on their House day. Many staff also benefited from acts of kindness where they were nominated by other staff, a fee paid and they then received a little poem and a gift courtesy of Miss Morrison and her Form 13R. And we also had our raffle with many prizes donated by staff but also local businesses including The Pinnacle Centre, Delta Force paintball, the Cobblers, Peppertrees in The Ridings, Moulton Kitchens and our local Londis.

All in all this added up to a really positive week, full of fun and purpose and an immense final total - did I mention it was £11,832!!!! 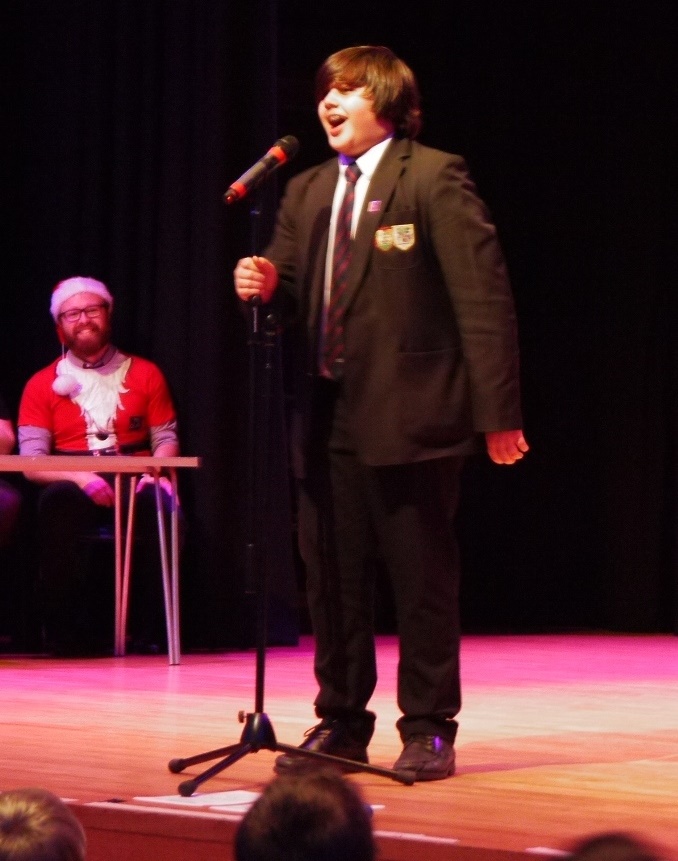 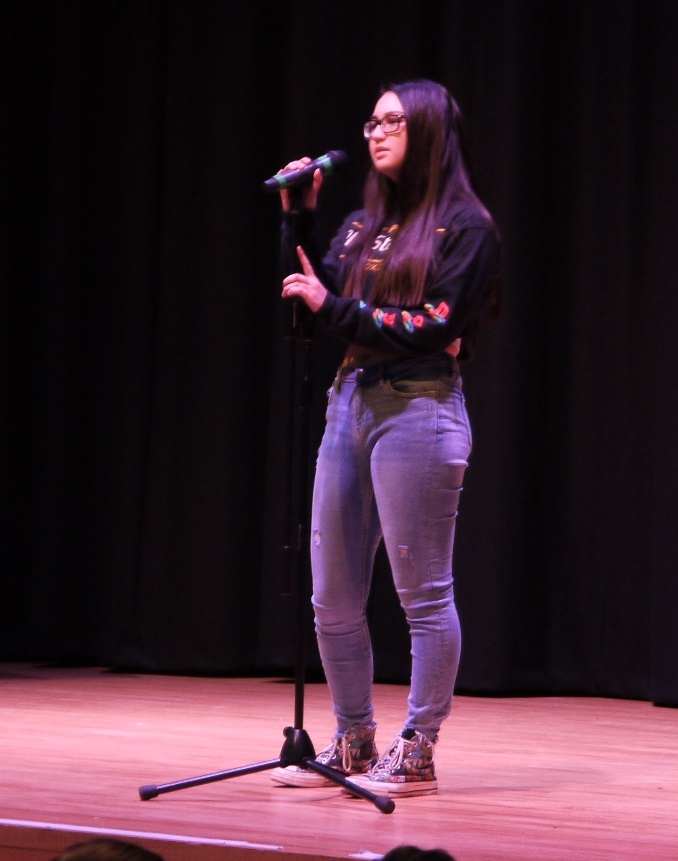 Such a brilliant community event – thank you to everyone once again. I hope the photos give you a flavour of the week… 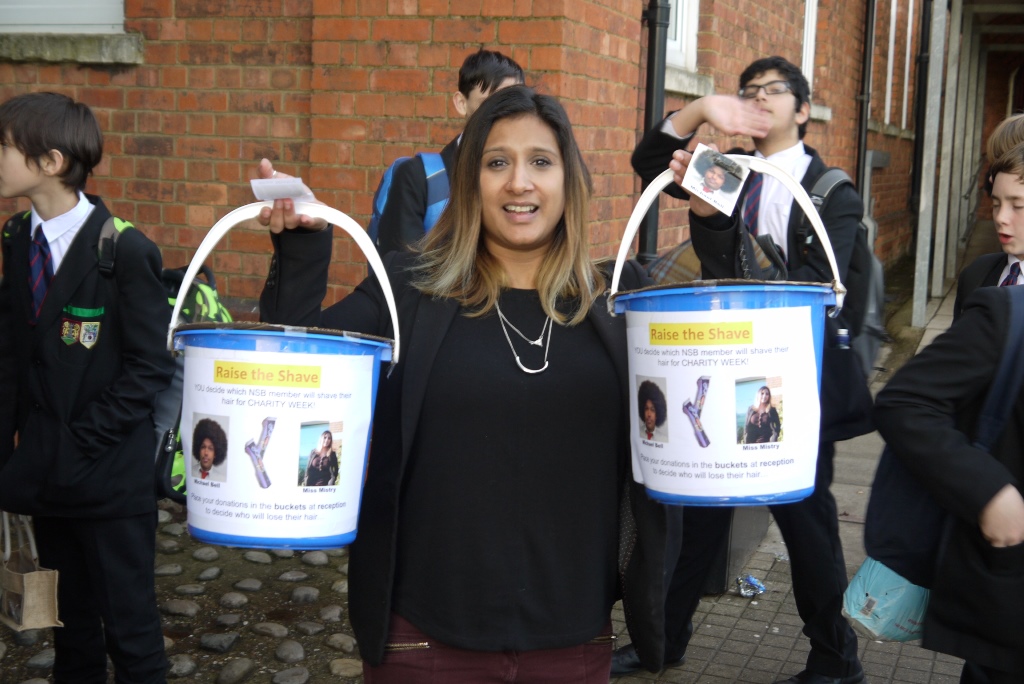 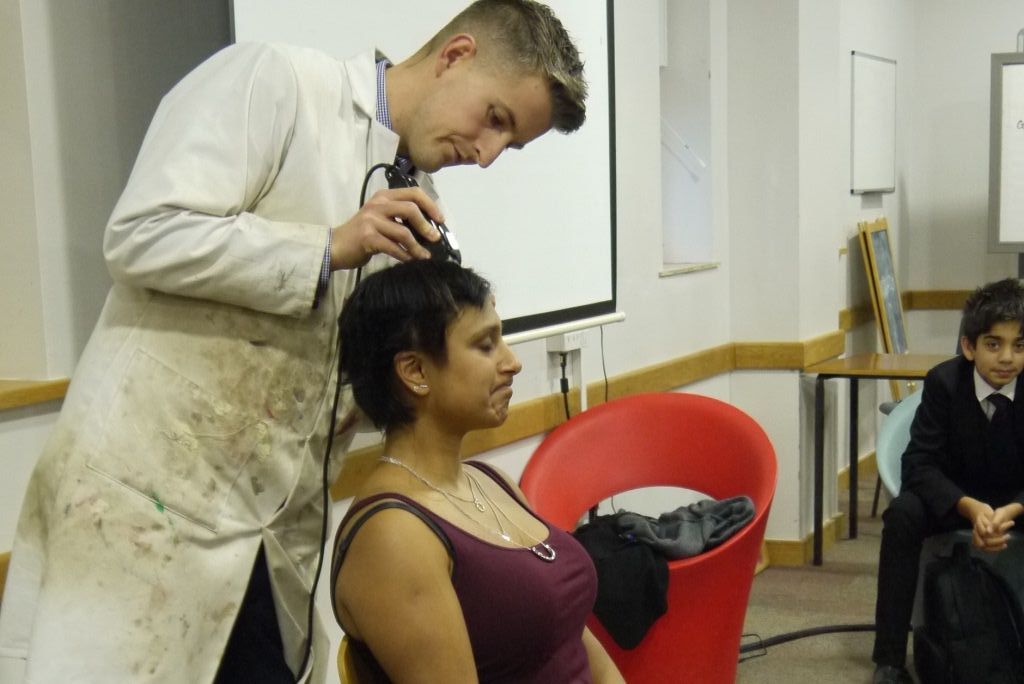 The week was an outstanding success showing the continued commitment, energy and imagination of NSB students and staff. As well as being very enjoyable, the week highlighted to the students various charities who are championing the plight of others in our communities, wider society and indeed our World. We will be holding a charity handover on the 5th February where the House Leadership Team, some key students and staff will be meeting representatives from our chosen charities.

I am sure they will be as happy as we are with what the NSB community has achieved.

“To be properly charitable it is essential that the sense of responsibility and compassion, the spirit of charity, accompanies it and extends both to our own communities and others. It is about engendering the traits of simple kindness and thoughtfulness in our schools and communities towards those who are not so fortunate as ourselves in the world at large. It is about imbuing children both with the habit of giving and sharing and with a sense of responsibility about the world they live in.” - The Telegraph 2016