May 2017 has seen a huge event for the basketball programme at Northampton School for Boys. Friday 5th May saw the U12 team travel to Manchester to compete in the first ever England Basketball Celebration competition and the Saturday 6th May saw the U16 return to the National Basketball Centre in the U16 Conference Final looking to make amends for the loss at the final hurdle last year.

And… for the first time in the school’s history a national basketball title has been won!
The team had some very close games in the build-up to finals, narrowly beating some strong basketball schools en route to the final four competition. 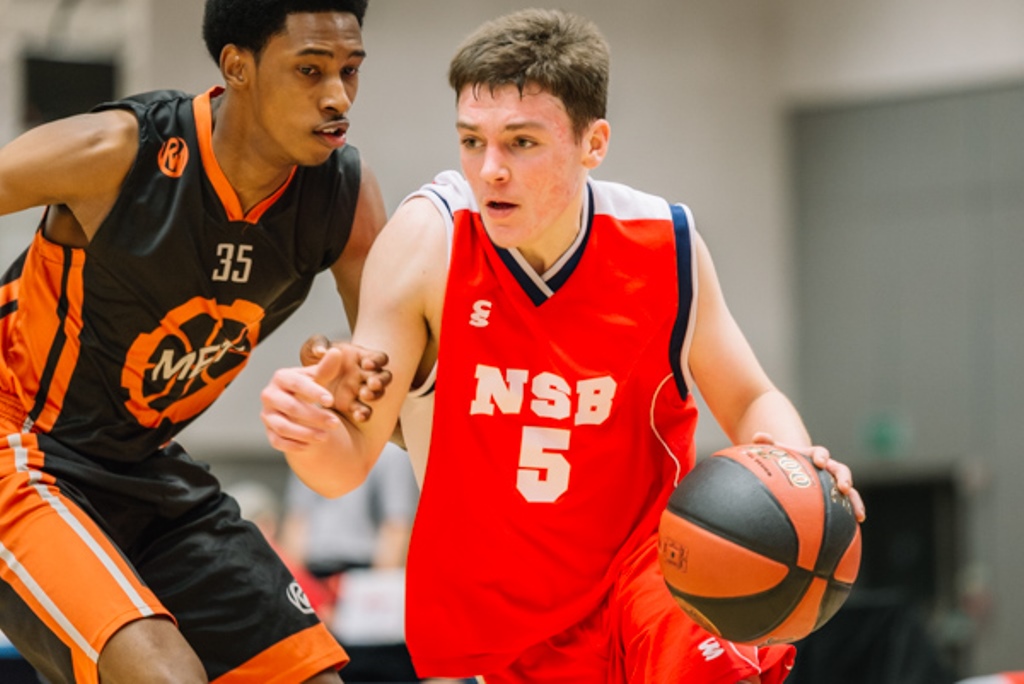 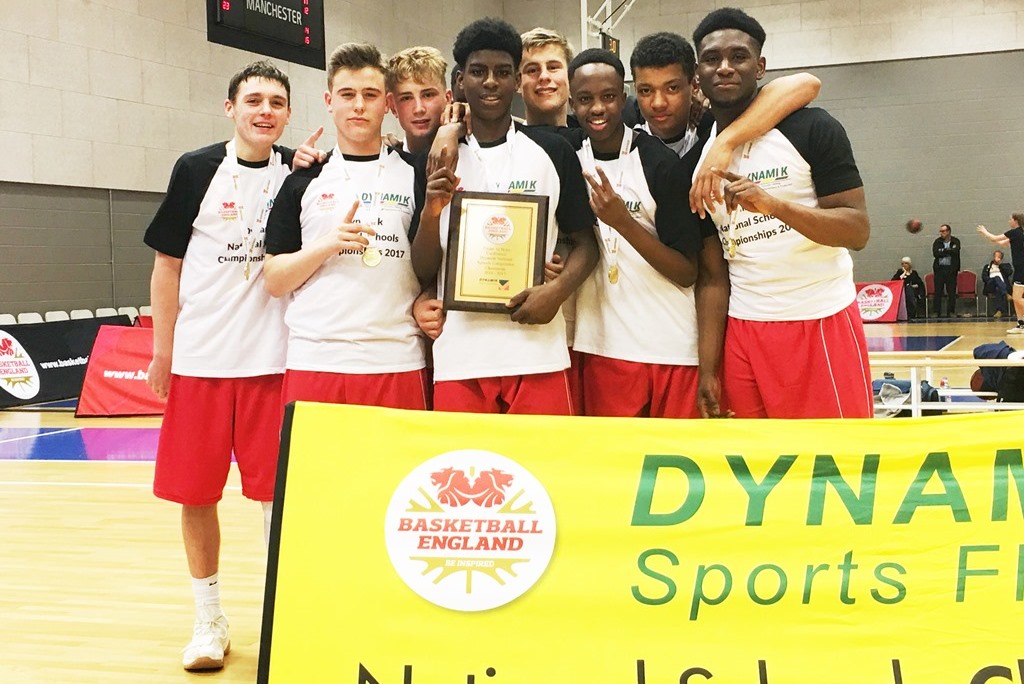 The final four draw fell unkindly for Northampton School for Boys placing them against a basketball academy and competition favourites Bristol Metropolitan Academy. The game was extremely tight with neither team being able to pull away from each other and the lead constantly changing hands throughout the game.

NSB found themselves 2 points down with just over a minute to go in the game. However Ben Nailer hit an incredible 3 point shot to take a 1 point lead. Bristol called a time out to regain some composure, and scored off their next offence. However unfortunately the Bristol players returned to the court with six players when they scored resulting in a technical foul for the team, but the 2 points still stood and NSB were now 1 point down with time running out. Ben Nailer again stepped to the forefront trusting all his hours of before school shooting and hitting 3 free throws in a row to give NSB back the lead with only seconds on the clock. From the very next offence Nailer hit another 3 pointer to put them game out of reach the Bristol team causing them to have to foul and rely on NSB missing their foul shots. However, NSB showed incredible composure under such pressure and went on to hit all of their free throws with Ben Nailer and captain Chris Amankonah Leading the way to win 62-56 sending NSB into their second national final in two years. 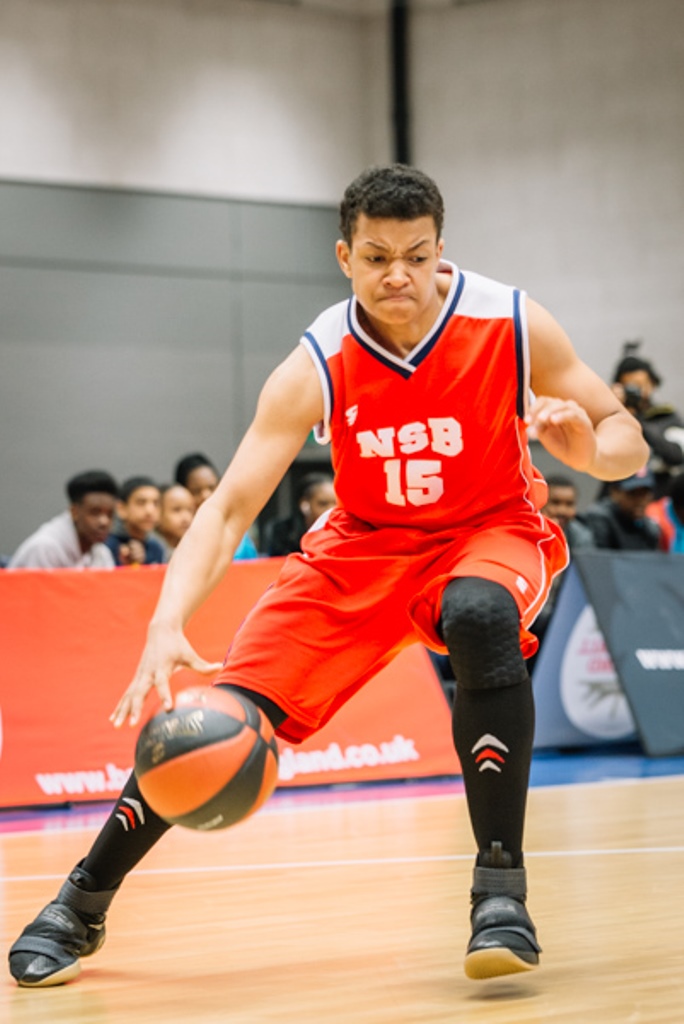 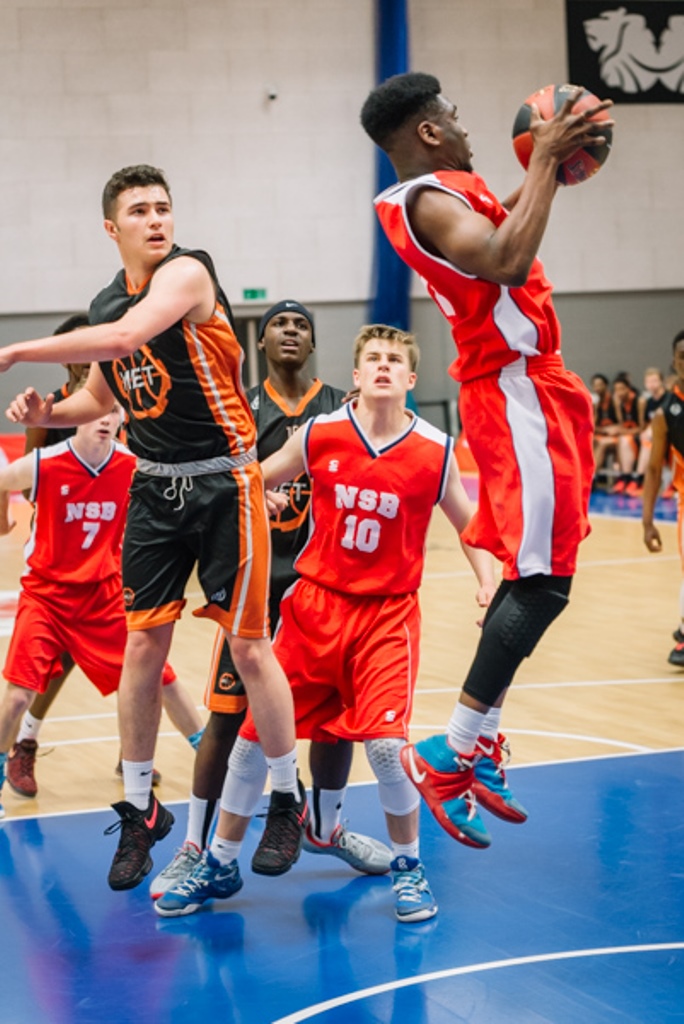 The final saw NSB compete against Evelyn Grace Academy, Brixton who are another basketball academy sponsored by NBA player Luol Deng who is currently playing for the Los Angeles Lakers.

NSB made a bright start to the game opening with a 6-0 lead. But fatigue from the tough semi-final soon started to show with the NSB team making too many mistakes and getting into serious foul trouble early on. The depth of the NSB bench really showed throughout the game as NSB managed to stay very close to Evelyn Grace, despite having captain Chris Amankonah and starting point guard Jude Carmichael on the bench with foul trouble. Towards the end of the 3rd quarter NSB found themselves 5 points down. Evelyn Grace were led by their star player Niezeri who scored an extremely impressive 52 points. The turning point in the game came when NSB, who had managed their foul trouble throughout the game, were able to bring back their starting 5 for the final minutes of the game. The fourth quarter belonged to NSB who outscored the Brixton team 24-16, behind strong scoring quarters from the U15 players - Jude Carmichael (7) and Ben Nailer (8).
This final was won on the depth of the team and the defensive performances of all the players. It was a whole team performance in the true sense of the term, and as a collective it was a thoroughly deserved first national title. 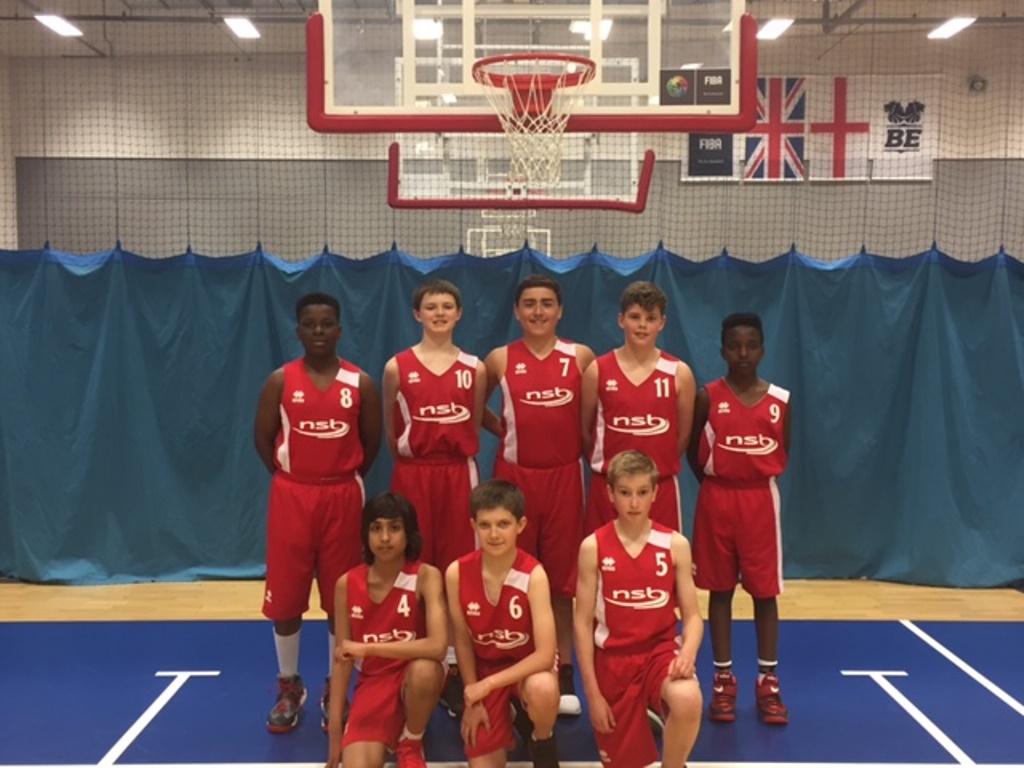 On the same weekend the U12 team attended the first ever National Celebration Basketball Day. They had qualified by beating Rawlins Academy from Leicestershire. On the day they had to play against three schools in their group. Their opposition were Helsby High School from Liverpool, St. Aloysius College from London and Tuxford Academy from Newark.

The NSB team competed exceptionally well on the day and won all of their games. There were nineteen schools present on the day and despite not playing all teams, the coaching staff were able to see the level of competition from all around the country and the future looks bright for this team if they continue to work hard and maintain the dedication.
The teams also got to take part in a shooting challenge and wheelchair basketball which the players thoroughly enjoyed and really polished off the whole event. 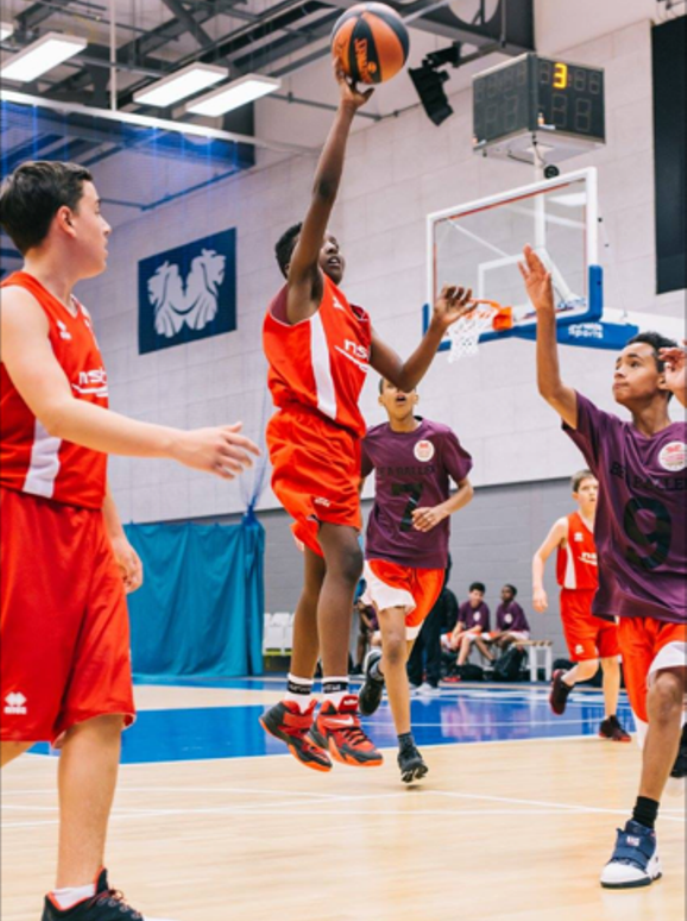 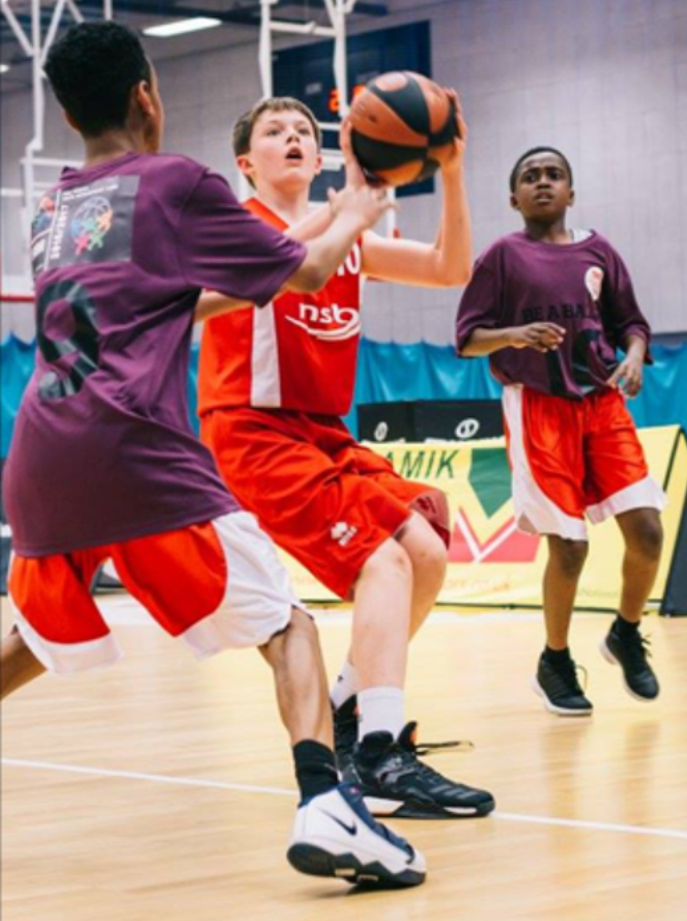