George Patten continued his fantastic level of performance at indoor rowing in the recent School Games Finals where he secured an amazing three gold medals!

The 2018 School Games Finals, supported by National Lottery funding from Sport England and delivered by the Youth Sport trust, is a major multi-sport event for the most talented young athletes across the UK. Between Thursday 30th August and Sunday 2nd September, more than 1400 young athletes competed across 11 sports, five of which included disability competition, at venues across Loughborough University. Indoor Rowing made its debut at this year’s School Games with age group individual timed events and team relays. 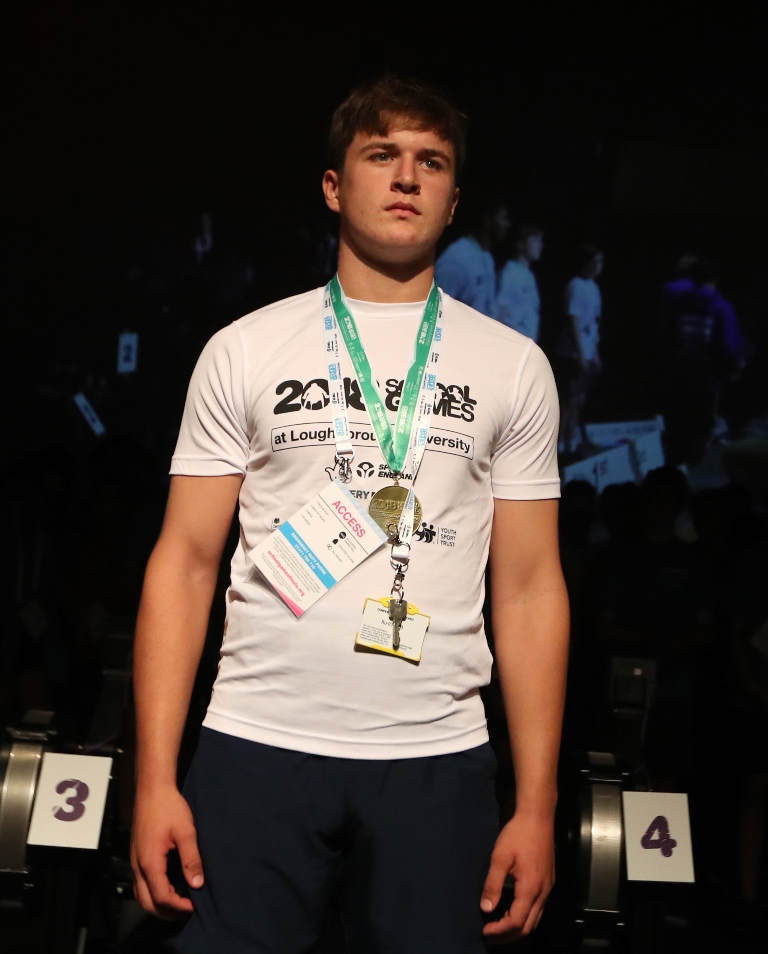 George was selected by British Rowing to represent England (South) as one of only four rowers in his age group. His selection was based on previous performances at county and national level, and he was highlighted by the games organisers as “one to watch.”

The first event George competed in was the individual event, where Year 9 competitors rowed over 4 minutes, and the rower with the furthest distance wins.

The heats in the morning decided who progressed to the ‘A’ final. George went in the second heat and dominated the race from the start. A first minute opening split of 334m put George comfortably in the lead, which he maintained to the finish with a controlled row, which placed him the second best qualifier for the afternoon’s final with a distance of 1188m. Of the six finalists, the top four were separated by only 14m, so a titanic battle was anticipated.

The afternoon final would test the powers of recovery of the competitors. With all four England (South) rowers and two from N. Ireland progressing to the final, it was an anxious wait to see who would be the first Year 9 National School Games indoor rowing champion. Once again George powered away at the start to record a distance of 323m after the first minute and a 17m advantage over the rest of the field. At the halfway stage George had increased his advantage by another three metres over his nearest rival. In the third minute it looked as though George might have gone off too quickly, as he lost four metres, to lead by only 16m going into the final minute. However, it was a calculated decision to ease back and leave something extra for the finish. In the end George finished fastest of all the finalists to win with a distance of 1227m, a big new personal best, with his nearest challenger recording 1208m. 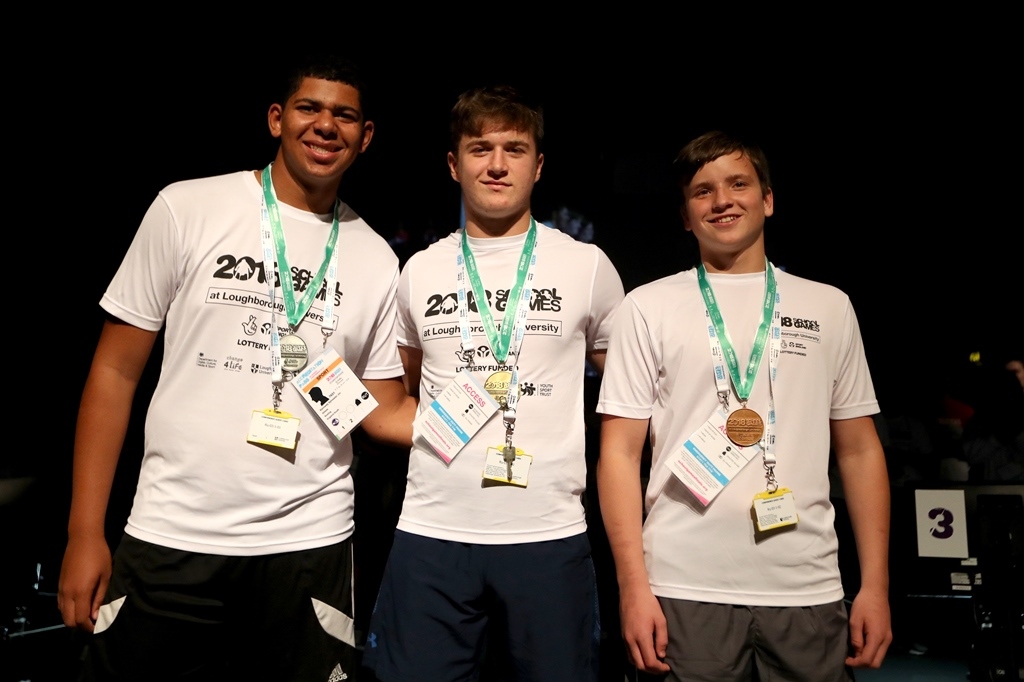 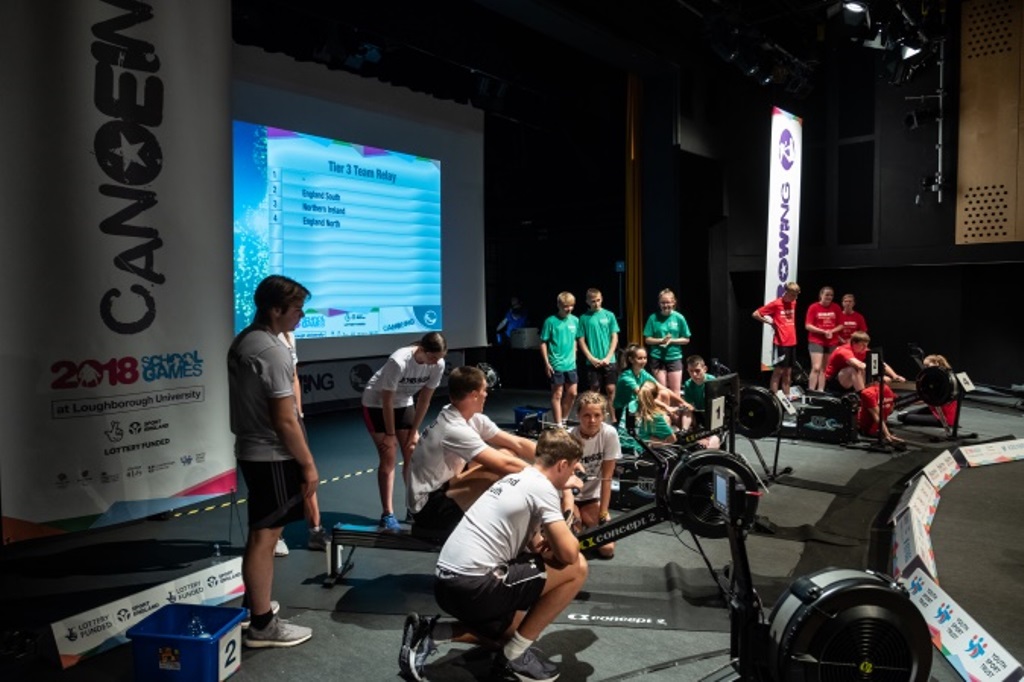 George was presented with his gold medal by Katherine Grainger, current Chair of UK Sport, five time Olympian and gold medallist at the London 2012 Olympics.
The following day the competitors were placed in relay teams by their respective coaches. The teams consisted of six rowers who had to row 3000m, each rowing a 500m leg. The England (South) team of three boys and three girls in the Tier 3 final was far too strong for teams from England (North) and N. Ireland and finished over 30 seconds clear of the runners-up. This gave George his second gold medal of the games. 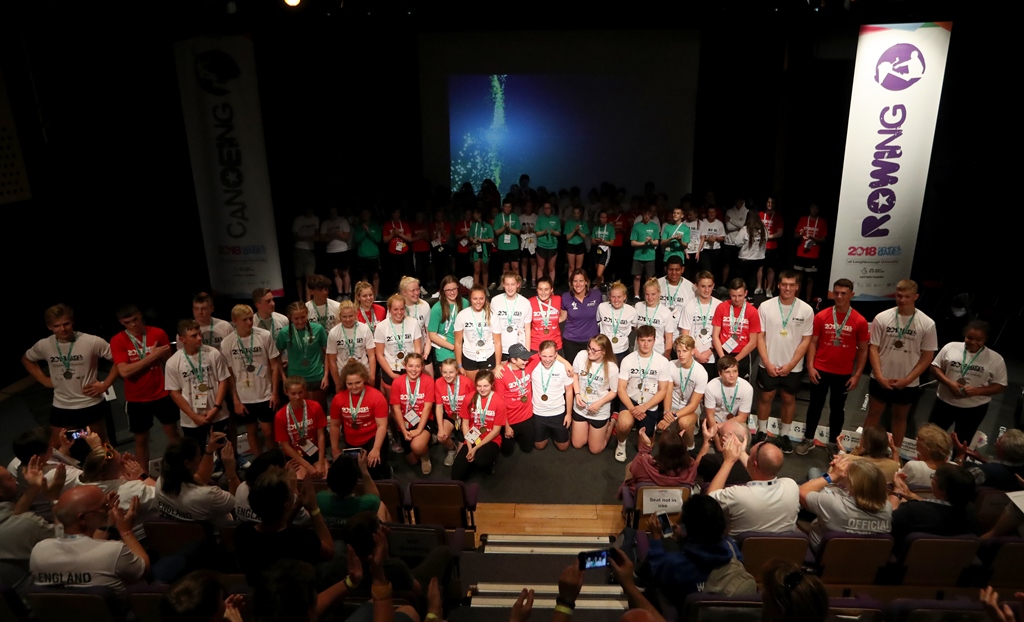 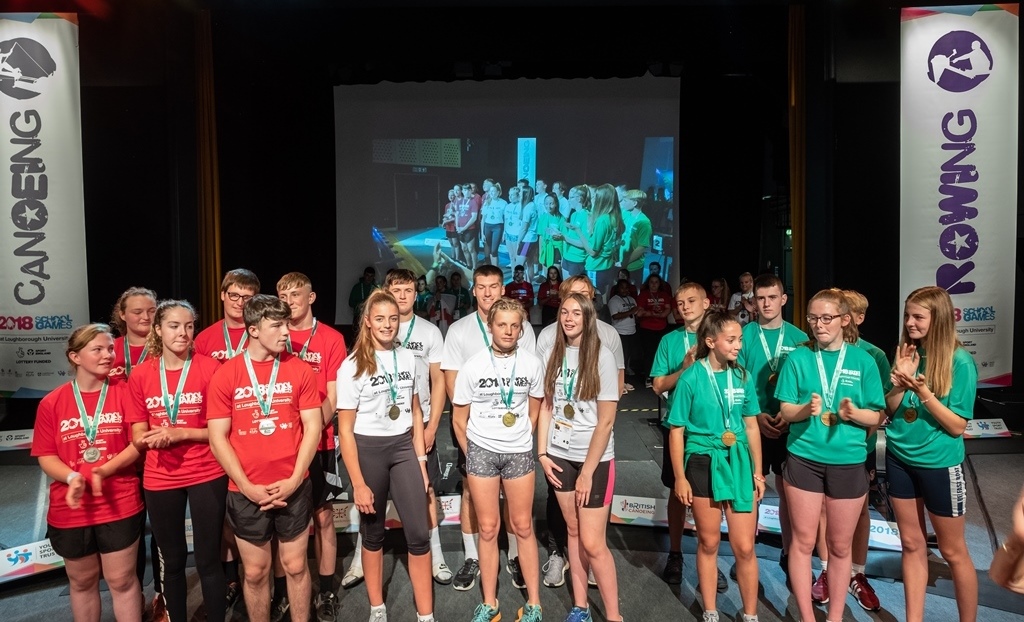 The final event was the Tier 1 relay which pitted the strongest rowers across Year 9, 10 and 11 boys and girls events. The England (South) team consisted of five individual gold and one silver medallist and went into the race as red hot favourites. The strength in depth of England (South) was incredible and the team won convincingly, securing a third gold medal for George.

This time the relay medals were presented by another gold medal winner from London 2012, Etienne Stott.

Overall, to get selected by British Rowing was an exceptional achievement and to come away from the games as a triple gold medal winner was truly outstanding.