In the rarefied setting of the Guildhall’s Council Chamber, the hand-picked Year 8 students took the mantle of delegates from the United Kingdom and Syria. They participated in a lively debate on the issue of child refugees, with each delegate having a particular responsibility, ranging from laying out the political stance of their country on the issues at hand, to forming deals and compacts with other delegations over lunch.

The depth of knowledge gained from independent research was extremely impressive, as too was their confidence and eloquence in speaking to the Assembly. For most of the boys, this was their first time speaking publicly and it is clear that they relished the challenge and learned a great deal from the experience.

Charlie Packman of 8S enjoyed that “delegates repeatedly had to make choices within seconds whether to keep to your plan or change and be flexible” and saw the event as a “lesson in thinking on your toes”. 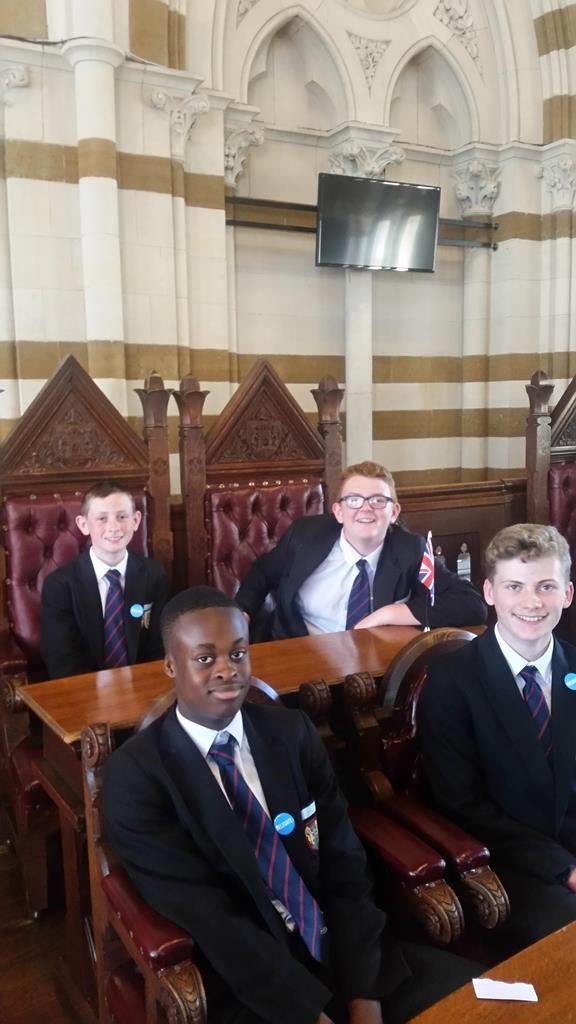 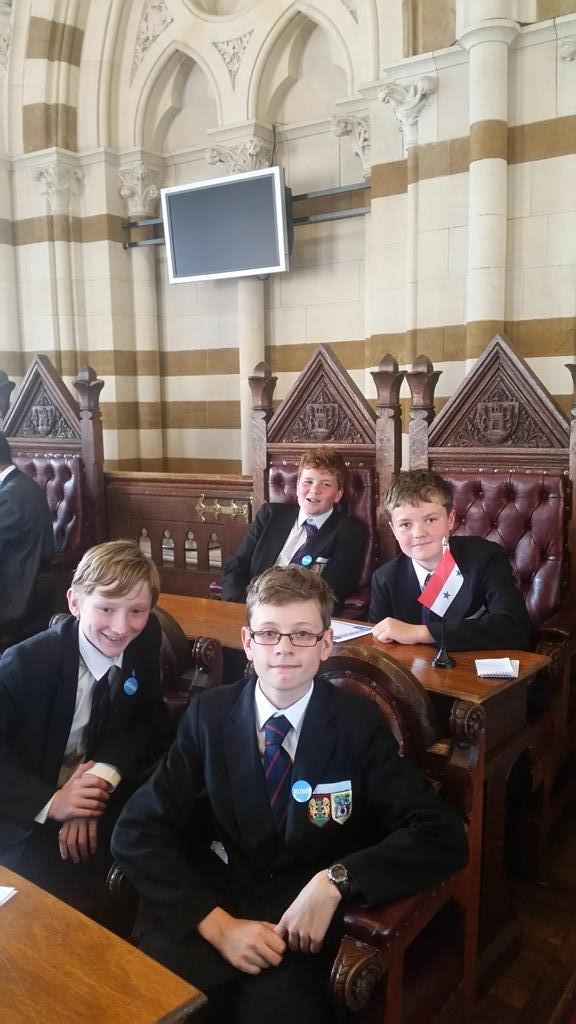 Charlie was one of two delegates from NSB (the other being Patrick Gibbons of 8P) to win an Outstanding Delegate commendation for their impressive work during the day, and both boys will be proudly sporting their UN lapel badges on their blazers. All of the boys talked enthusiastically about how much they had learned and how important the day had felt, and each one of them did themselves and the school extremely proud.

In the end, a resolution was passed which pledged to provide refuge for those displaced by war and a multilateral diplomatic solution to the Syrian Civil War. Perhaps if the students of Northamptonshire were to travel to New York, the world’s problems really could be solved in an afternoon?