On the 9th February 2018, 56 excited students and 7 staff went down to the sports hall to collect their bags and board the double-decker bus to start their 25-hour journey to Italy. The journey there was long and we did not get much sleep sitting in the coach so we were grateful to stretch our legs and get some breakfast in Switzerland! We then cruised all the way through the beautiful Swiss Alps and arrived at Aprica in Italy. 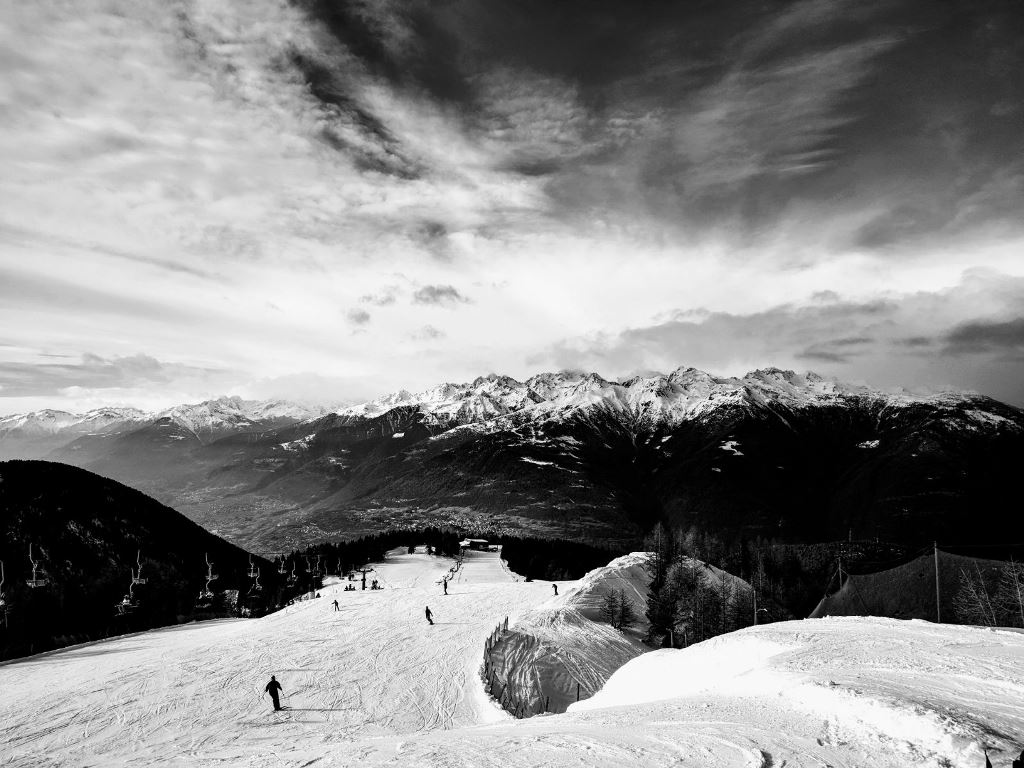 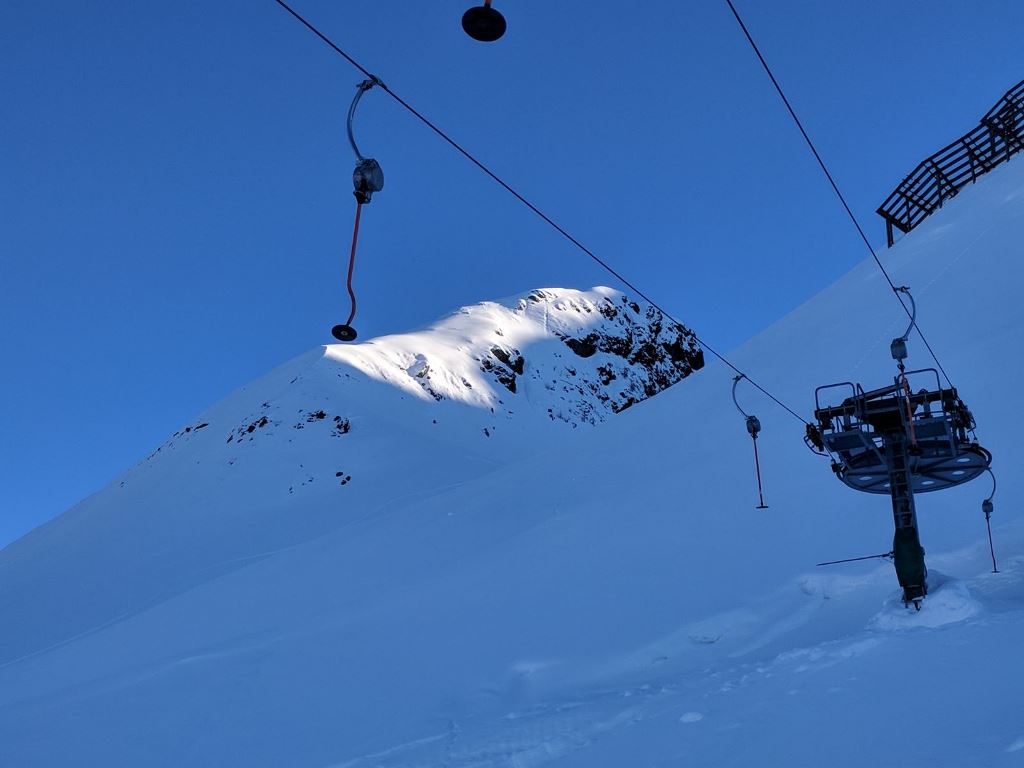 Once we arrived, we sorted out our rooms and then ventured out to get our skis. The walk back to the hotel with our skis took a while, as some people had never held skis before, so a few people had difficulty getting them onto their shoulders. We then had dinner and went to sleep instantly because were all excited to start skiing in the morning.
We woke in the morning at 7.15am so we could have enough time to have breakfast and get our boots on for a day’s skiing. This was a new experience for the people who had never skied so this took a while. 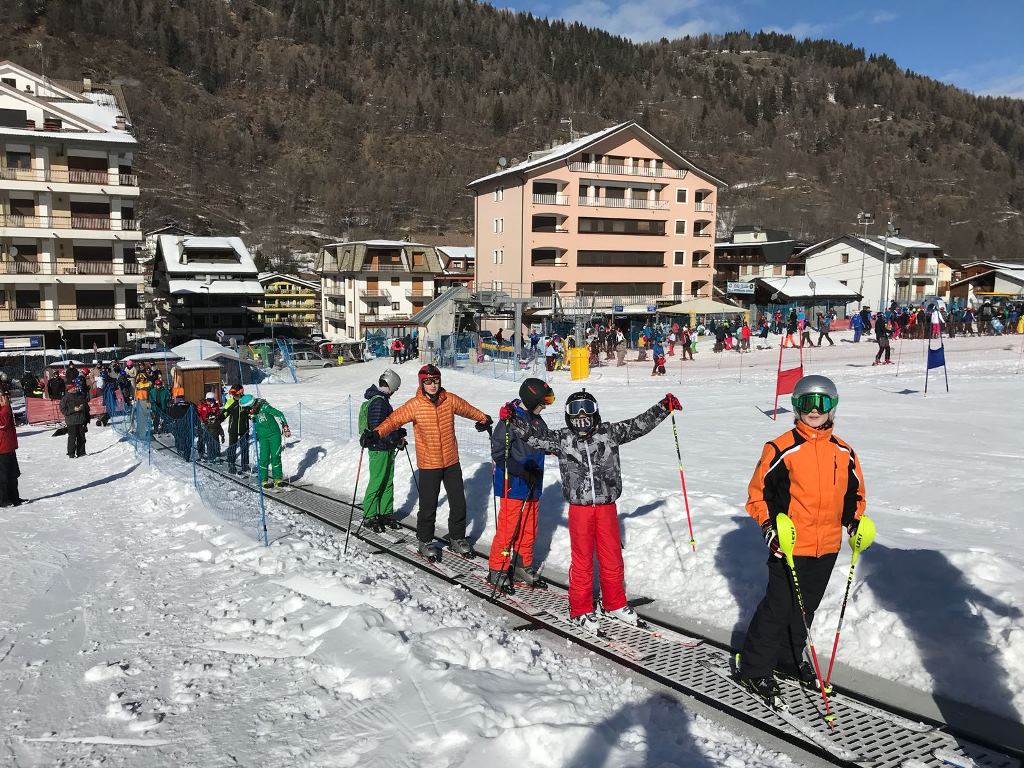 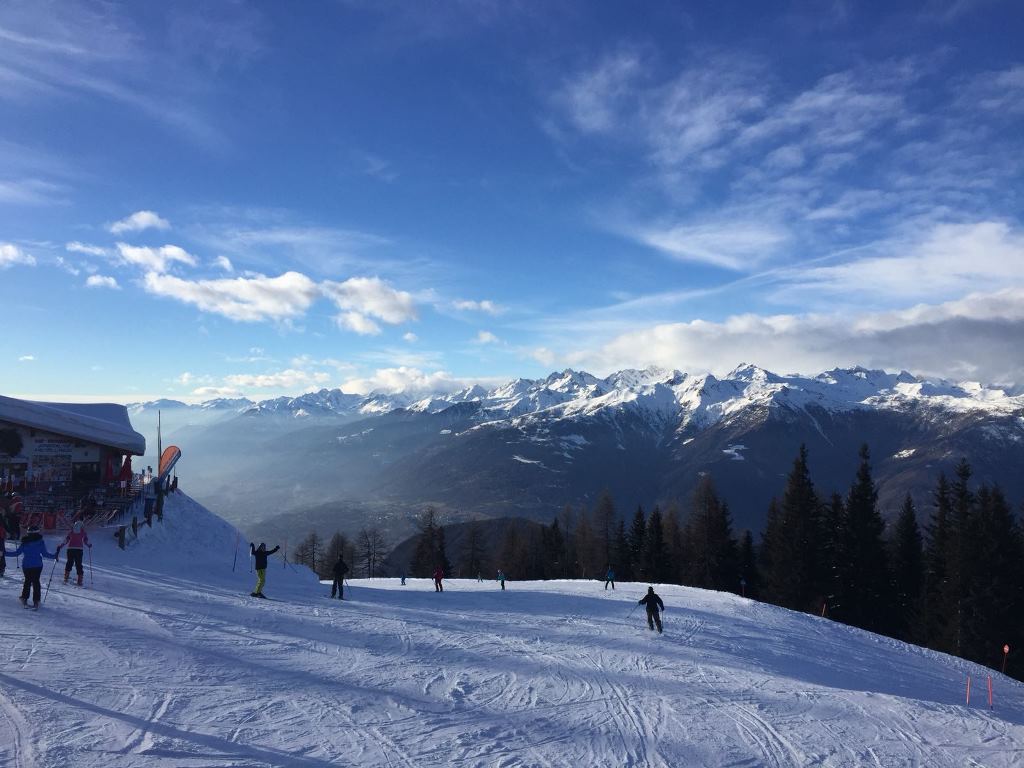 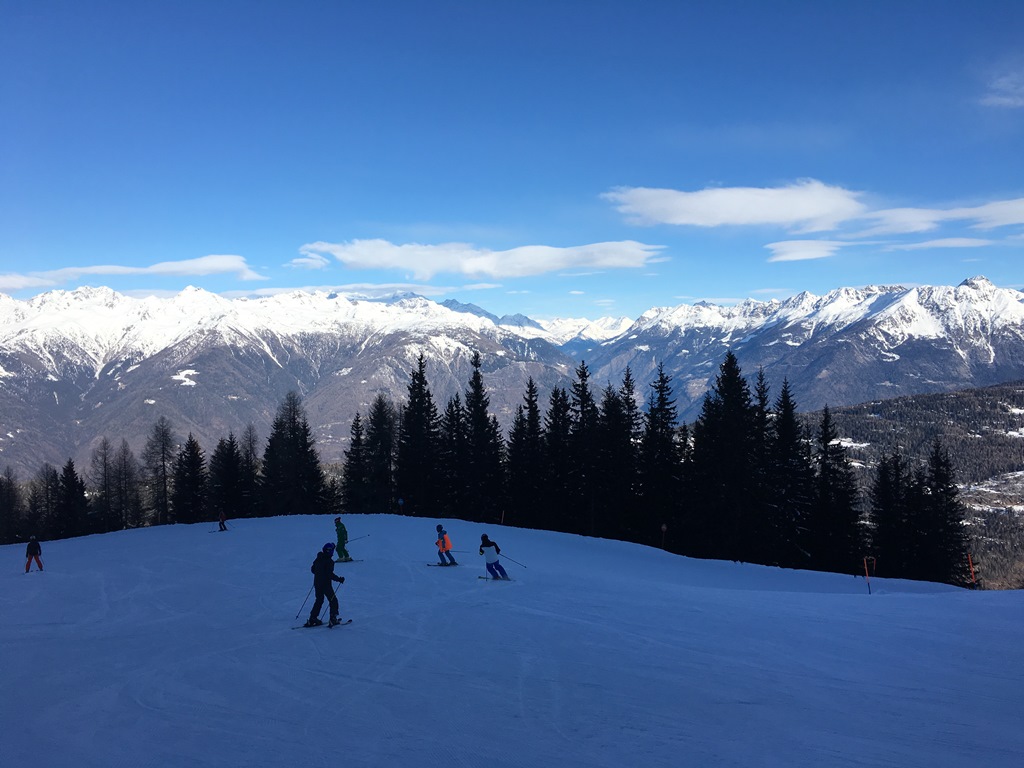 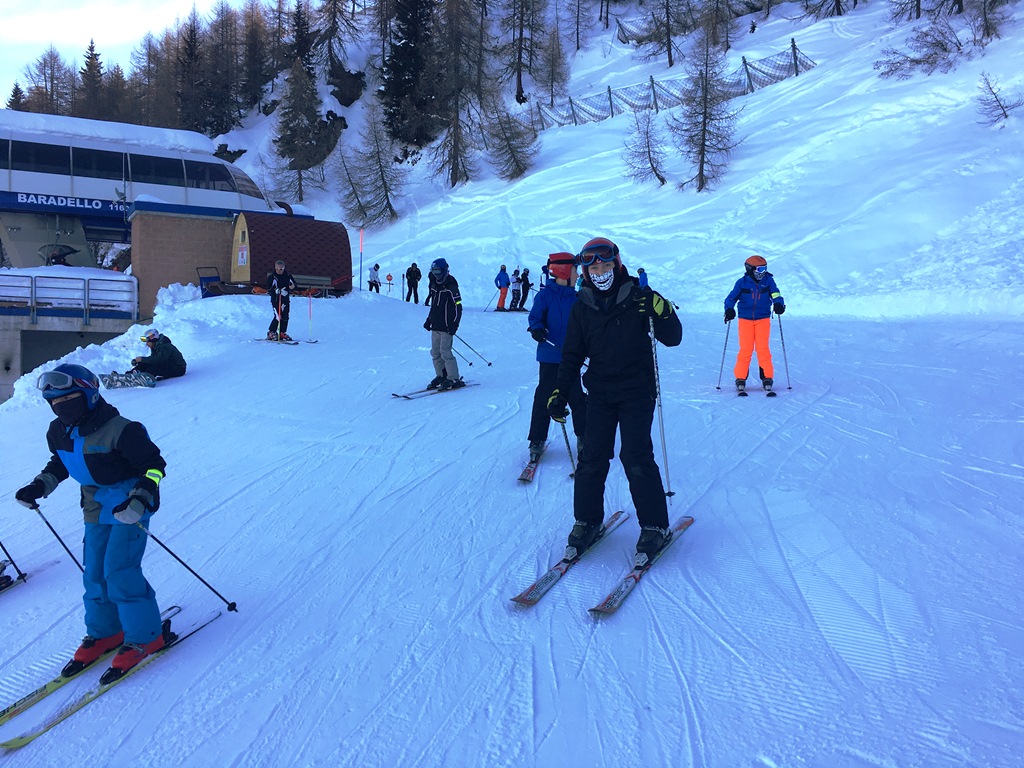 When we arrived at the ski school we were split into groups: beginner, intermediate, expert - based on your previous experience. The beginners started by snowploughing gently down the nursery slope, whereas the intermediate group and expert group went further up the mountain. After the two-hour session in the morning, we went back to the hotel to get a large lunch. We then went back out to the slopes where we met our instructors again. The instructors were awesome; they were very funny and very patient.  We learnt loads from them and had a lot of fun.  After the three and a half hour session in the evening, we all came back to the hotel to enjoy a well-earned dinner. We all feasted on the delicious bread and pasta dinner and most evenings we did a group activity. Sometimes we would hold a kangaroo court, which was really amusing and on the Wednesday evening we had an enjoyable team quiz. 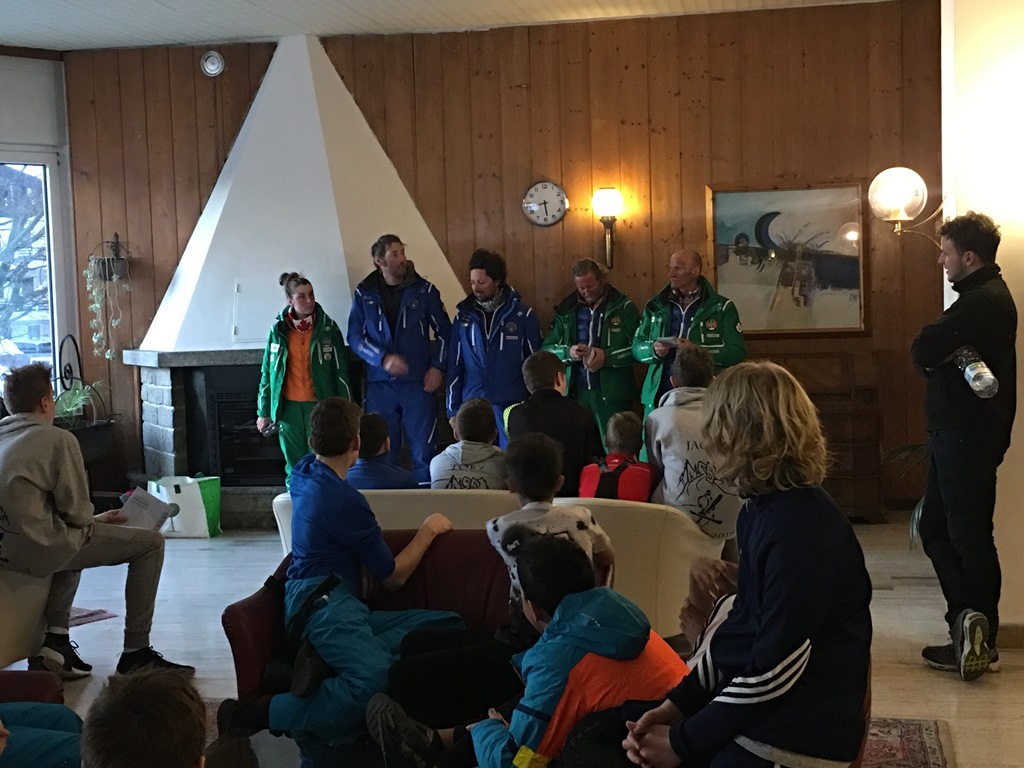 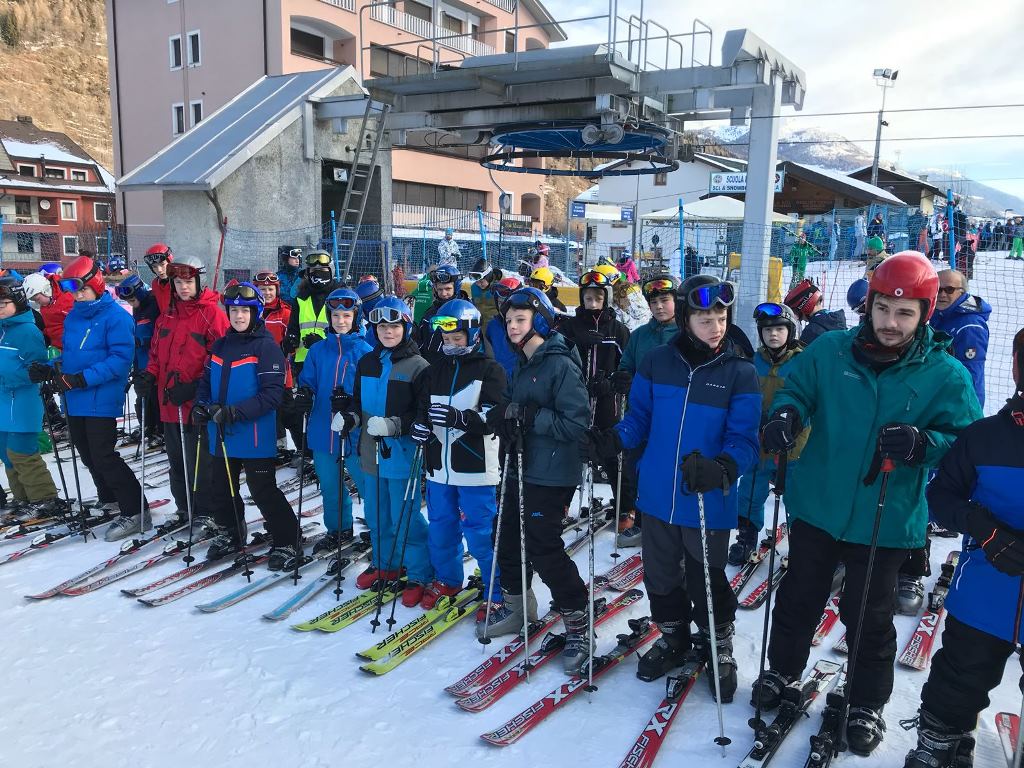 On the second day, when most of the beginners had learnt the basics, they were split again into three groups. Placement now depended on your progress over day 1. The higher groups then got to move onto the blue slopes. The intermediate group and expert group had already made it onto the reds by now. Though the lower beginner groups still found skiing a challenge, they soon moved onto harder slopes. 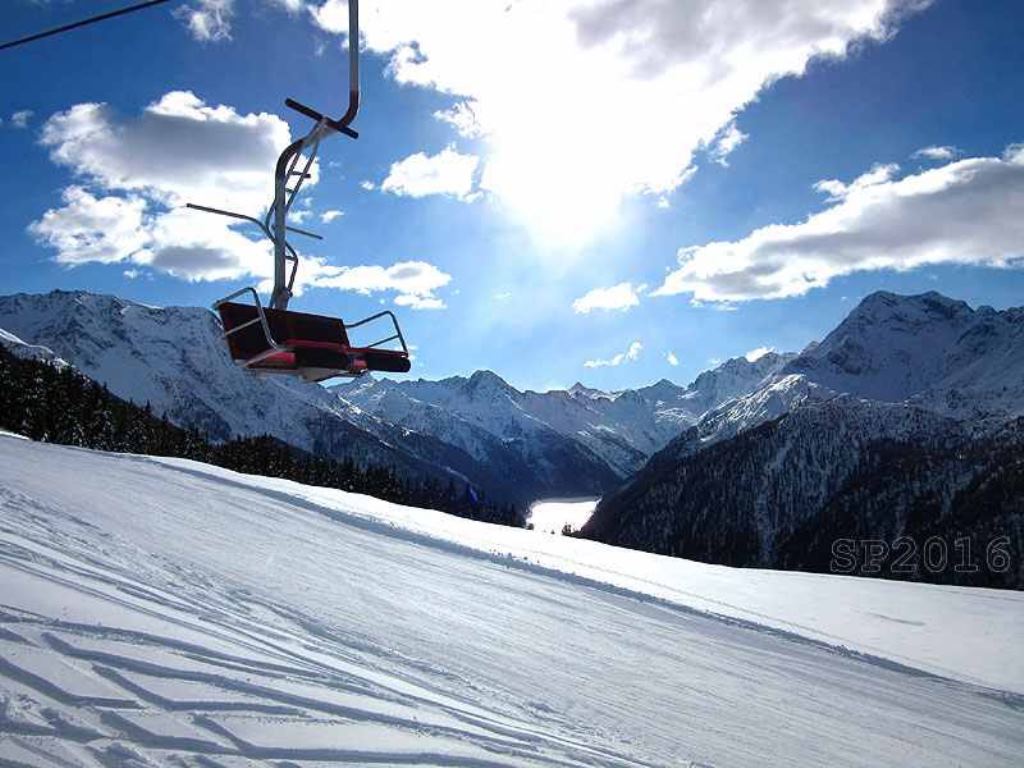 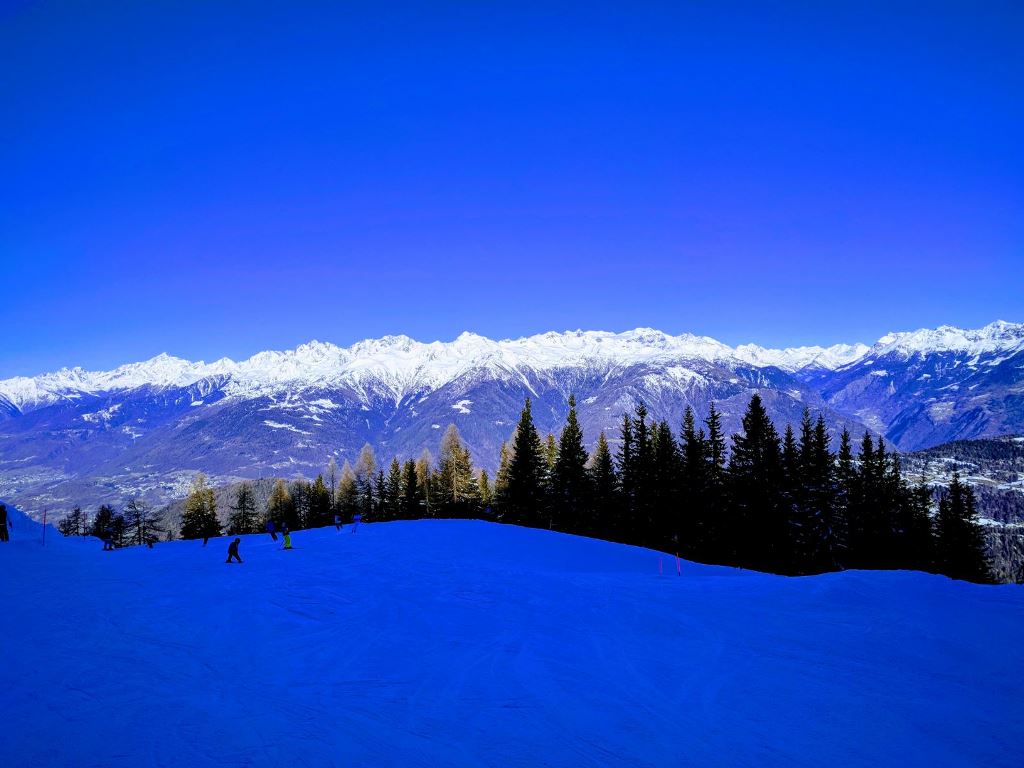 The rest of the trip went by quickly and followed a similar routine. By the sixth day of skiing, everyone had been on a black run (the hardest kind of slope) and most people had been to the top of the mountain. The resort was good; it was big and had a variety of slopes. We were all sad to leave Aprica, but most people slept well on the return journey, as we were all so tired.  Thank you to the teachers who went as they did an amazing job organising the trip.

We had great fun and hope to go back to Aprica at some stage in the future!