Towards the end of last year students were able to put themselves forward to be considered for the role of Head Boy/Girl and staff were also asked to nominate who they felt would be able to represent the school successfully.

A large number of students were discussed by Senior staff and eight were then put forward for a rigorous interview process where they had to write and present a speech as if they were the Head Boy/Girl at a Year 6 Prospective Parents’ Evening and then answer a variety of questions from Senior staff and a Governor in the Head’s office. A formal process which could be quite a daunting and challenging task for some, yet a valuable experience and one to which all our candidates rose. It was an outstanding field and it made the decision extremely difficult as these were all students who spoke about the school with such fondness and detailed what they had gained from the school, what they would like to do to promote the school further and why they wanted to connect with staff, students, parents and Governors and give something back. 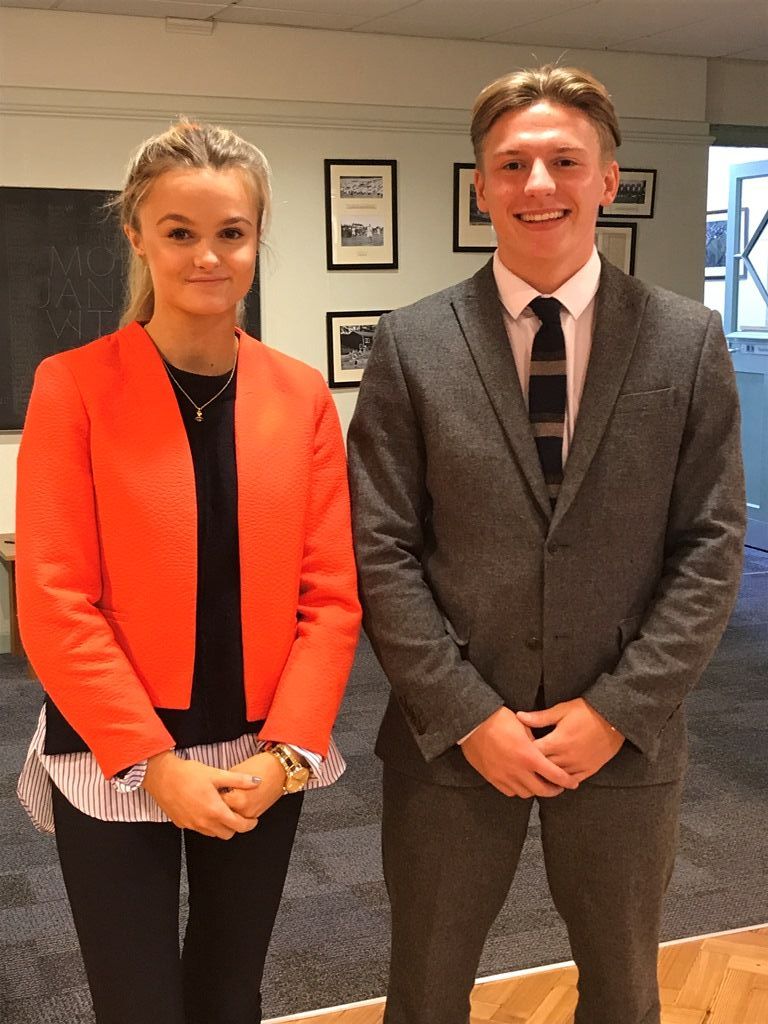 It was a difficult decision, in that we would have been proud to have any one of those eight candidates as our Head Boy and Head Girl, however, we finally decided on Henry O’Donnell and Eloise Shardlow and I would like to take this opportunity to thank the other candidates and congratulate Henry and Eloise. They both demonstrated excellent speech writing skills with a confident delivery and answered all the questions thoughtfully and creatively, demonstrating a great deal of knowledge and understanding of the school and the role whilst conveying their friendly and engaging personalities.

They have already presented their speeches at the Year 6 Prospective Parents’ Evening and Eloise looked at the question, “What is it that makes NSB the school it is?” and she offered examples under the three headings of: Opportunity, Pride and Excellence. Henry, who has been at the school for seven years talked about his progress, the support, opportunities within and outside the curriculum and teaching staff who go above and beyond. They both mentioned that there is something for everyone here and that if the students grab these opportunities they will enhance their school experience and reap the rewards.

They are also currently introducing themselves to each year group explaining their role within the school; representing the school and meeting with visitor/governors, meeting the local community, taking part in Remembrance services and Charity Week and speaking at Open Evenings; acting as role models and promoting the NSB community by encouraging everyone to uphold the ethos of respect, equality and hard work  as well as becoming involved in extra-curricular clubs and also highlighting the importance of being smart, punctual, tidy and present! They are also a friendly face who will attend sports, House, Music and Expressive Arts events (to name but a few) and students can talk to them to find out information or discuss issues and Henry and Eloise will point them in the right direction.

I look forward to seeing them represent the school at many more events and on a day-to-day basis as an integral and important aspect of our NSB community.