We have been delighted with the student response to the fundraising activities today for the British Red Cross Appeal for Ukraine. There have been numerous cake stalls and charity games running throughout break and lunch and the level of generosity has been outstanding for such an important cause. The Red Cross are allocating the money to help provide food, medicine, clothing and shelter, first aid training in bomb shelters as well as thousands of litres of clean drinking water to villages in eastern Ukraine.

We are celebrating a wonderful achievement by the U15 Water Polo team this week and this week’s Bulletin is deliberately dedicated largely to it. On Tuesday afternoon, the U15 squad competed in the ESSA (English Schools Swimming Association) National Championship Final. This is the highest level of school's Water Polo in the country and whilst NSB has reached Championship finals tournaments previously, we were yet to win.

In the group stage of the competition the team played some flowing polo, to beat King Edward’s School, Birmingham 4 v 1 and Dulwich College 7 v 5. This meant the team topped the group and faced Trinity School from Croydon in the semi-final. The school has played Trinity on several previous occasions without success, so to win the semi-final 3 v 2 was a significant achievement. 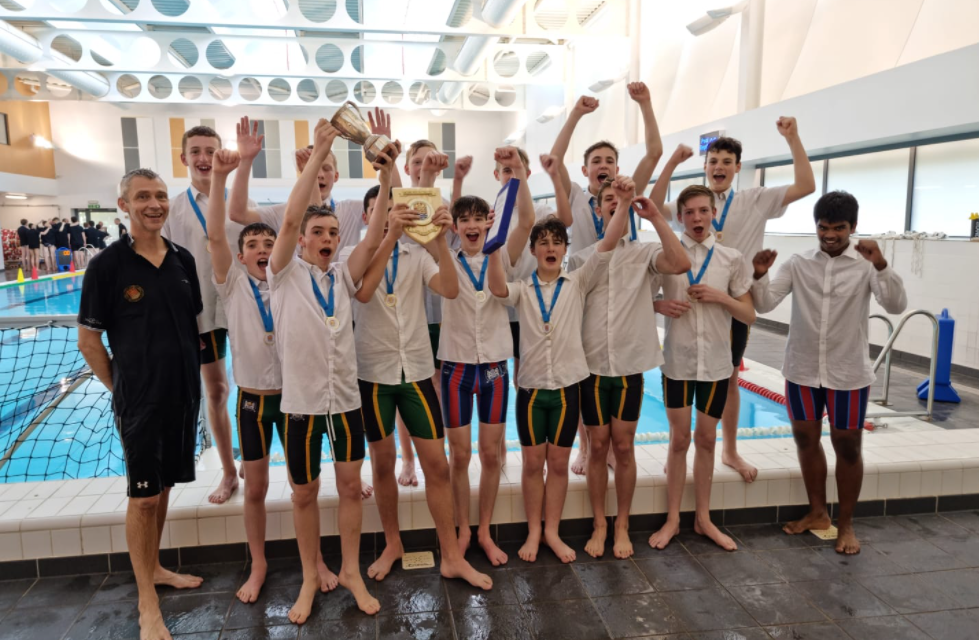 The final saw the team face off against perennial national champions - Bolton School. In the 6 seasons prior to the cessation in sport caused by the pandemic, Bolton School won the U15 national championship 5 times, with Trinity breaking that run on one occasion. This was going to be a mammoth task. However, a remarkable first half performance saw NSB take a 5 v 0 lead into the break which is virtually unheard of at this level of competition. The second half was a closer affair, with 4 goals evenly shared, meaning NSB took the game 7-2 to win the school's first National Water Polo Championship. The boys were thrilled, rightly so, and as customary they celebrated the win by throwing coach Jon Lane into the pool!

It is only a few short years since a building project enforced an interim period when the school had no pool and those interested in Water Polo would play handball in the Gymnasium, to practise the throwing skills associated with the game. For any school to reach the National Championship Finals tournament is an achievement. NSB is now reaching this level most years at one age group or another. Indeed, as I write this bulletin our U18 Boys’ team is in transit to Haberdashers’ Aske's School, Elstree for their National Championship finals. NSB Water Polo is a remarkable success story and great credit must go to coach Jon Lane, for the programme he introduced in 2015 and the developments that have been made since then.

Finally, a reminder to parents / carers that the day immediately after the Easter Holidays – Tuesday 19th April is a Training Day for teaching staff only.