We sadly say goodbye to some brilliant members of staff at the end of this week. Rea Walters has been a fantastic teacher in the English department, cultivating incredibly strong working relationships with students over the past four years and gaining exceptional student outcomes. Mark Poole has brought a calm, informed and incisive approach to Estates and has expertly overseen significant progress in this area. And finally, David Chappell has been central to the daily pulse of the school for over 3 decades, playing an integral role in the rapid development of the IT infrastructure as well as playing a hugely important role in the school's virtual learning provision. We thank all of them for their outstanding contributions to NSB and we wish them all of the very best in their respective new career paths or retirement.

We have enjoyed a fantastic Charity Week, with a huge range of exciting and creative activities running throughout the last five days. The final total has still to be confirmed, but we are closing in fast on a five-figure sum to be distributed between local and national charities. Here are some examples of the events held over the week:

8R have completed their 964 mile distance challenge. The class had to complete the combined distance from Northampton to Marburg in Germany and back again. They ran, walked, swam and cycled collectively over the week to reach their total! 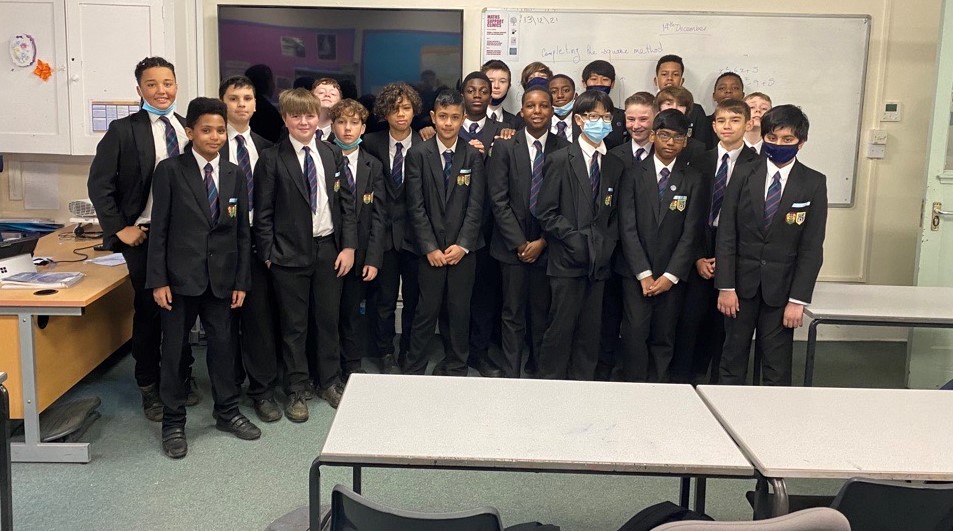 An amazing £3300+ was raised by the NSB XX Factor - the winner was Josh Manz but Miah Gallagher Y12 was an extremely close second – the event was held in a fantastic atmosphere in the Theatre, run expertly by Mr Charidine.

We have had over £1,500 donations of tins, toys and toiletries - thank you to everyone who donated - you can also see in this picture three of the House Leadership Team who were responsible for organising the hundreds of items, enjoying a well-earned rest!! 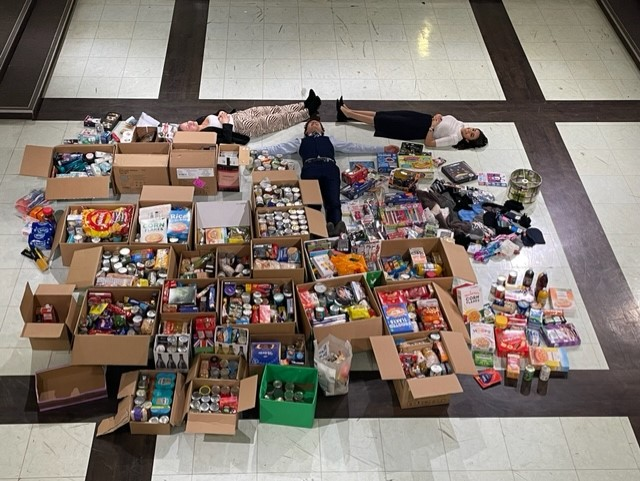 The Sixth Form Netballers triumphed over the First XV Rugby Squad at Netball, raising close to £200 in the process.

7I smashed their goal in the swimathon - their target was to reach 24km in less than an hour but actually managed an incredible 33,774m! 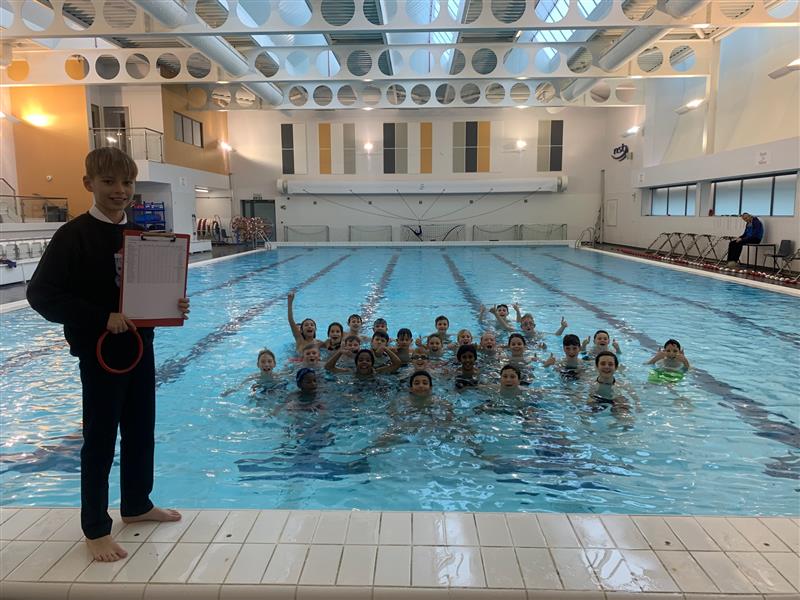 There were also a huge amount of brilliant individual sponsored efforts from silences, to car washing to clearing up leaves!

After such a successful Music Concert last week, it is fitting that this week's subject spotlight falls upon Music which is integral as both a subject and as an extra-curricular force to the ethos of the school. The piece is written by the Director of Music, Mr Druker and is a comprehensive overview of the rich breadth of opportunity and student successes that NSB musicians have enjoyed this year: Click Here

Many congratulations to Y12 student, Chloe Bird who, at her last school in June 2021, Northampton School for Girls, entered and won the Northamptonshire Health and Care Partnership (NHCP) competition to design the logo and strapline for their new website. This careers-based website is designed as a platform for prospective colleagues and students to explore health and social care career opportunities within the NHS. As part of Chloe's winning prize, her strapline was used on the homepage - into which she had significant overall design influence: Click Here 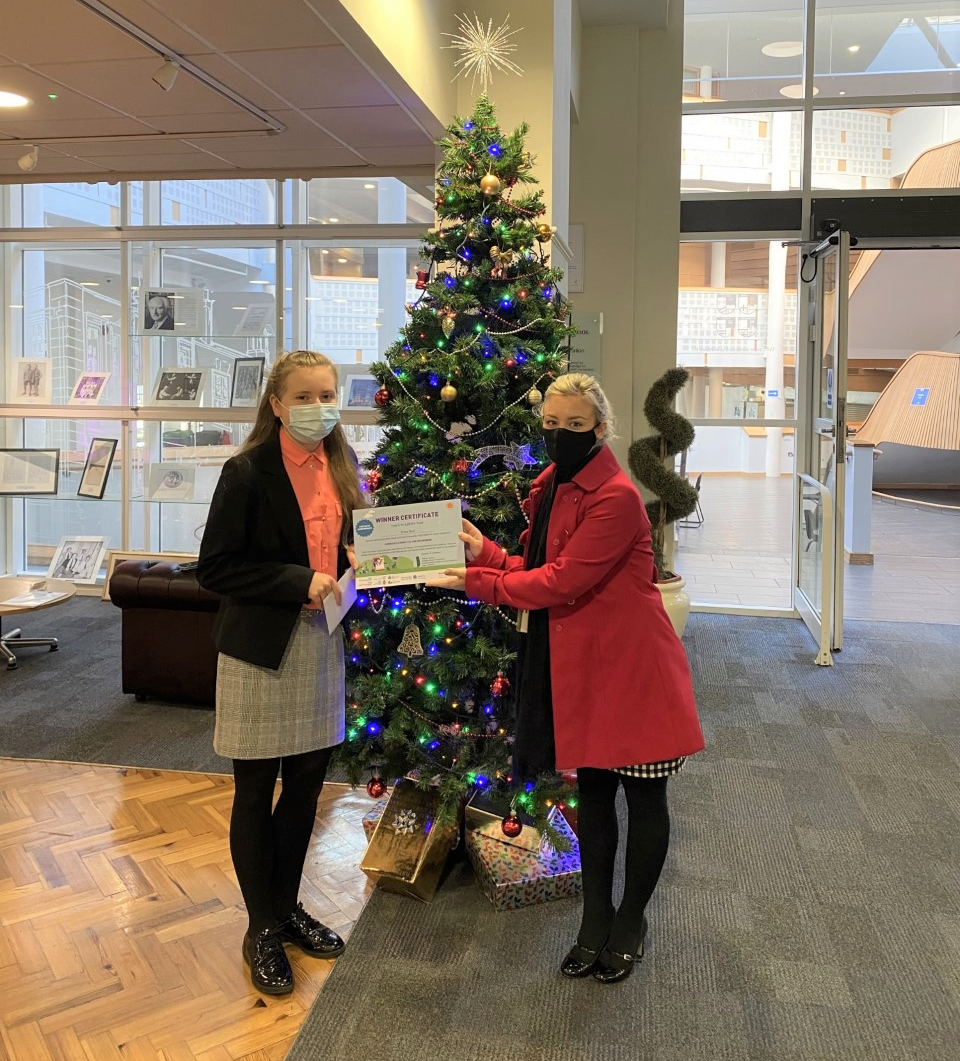 Well done also to the Year 7 A Team and the Year 10 B football teams who progressed through to the last 32 / Quarter-Finals of their respective National Cups this week. The Year 7s are impressively still going strong in all three of their National Competitions.

Parents / carers are reminded that Term 2 reports will be issued to all year groups via secure access on AIM after the end of school today. Mr Edwards, Senior Deputy Headteacher, has also written to all parents / carers regarding the staggered return of students during the first week back, to facilitate the testing of students before their return to face-to-face teaching - as per government guidance.

I hope all students and everyone connected to the school have a fantastic Christmas and New Year and we look forward to the students' safe return in January.