Year 11, 13 and Year 12 Further Maths students have shown a tremendous attitude to navigate their way through the three set weeks of formal Term 5 assessments for their GCSEs / A Levels which have finished today. Any mop up papers and outstanding coursework will be completed over the next two weeks. Teachers now enter four weeks of intense marking and moderation before final grades are sent to the Exam Boards by the deadline of June 18th.

A reminder to Year 9 parents and carers that end of year examinations for this year group will be held next week within lessons.

It has been an incredibly successful week for NSB sport with current and former students achieving far-reaching national success and recognition:

Our NSB rowers had an outstanding English Indoor Rowing Championships over the weekend returning a magnificent 2 gold medals and 3 silver medals as well as a host of other performances which narrowly missed the podium. Many congratulations to our two national champions - Ed Baker Y12 and George Tonga'uhia Y8 and also to Ben Evans in Y11 who took silver in his age group. The Junior and Senior Boys Rowing teams additionally made the second tier of the podium with exceptional performances. Please Click Here

The school is immensely proud of its fine rugby tradition and NSB sits confidently within the elite performing tier of English schools. These achievements were recognised this week in an excellent article by Brendan Gallagher of the national Rugby Paper in his ongoing series of profiling 'Rugby's Great Schools'. Please Click Here 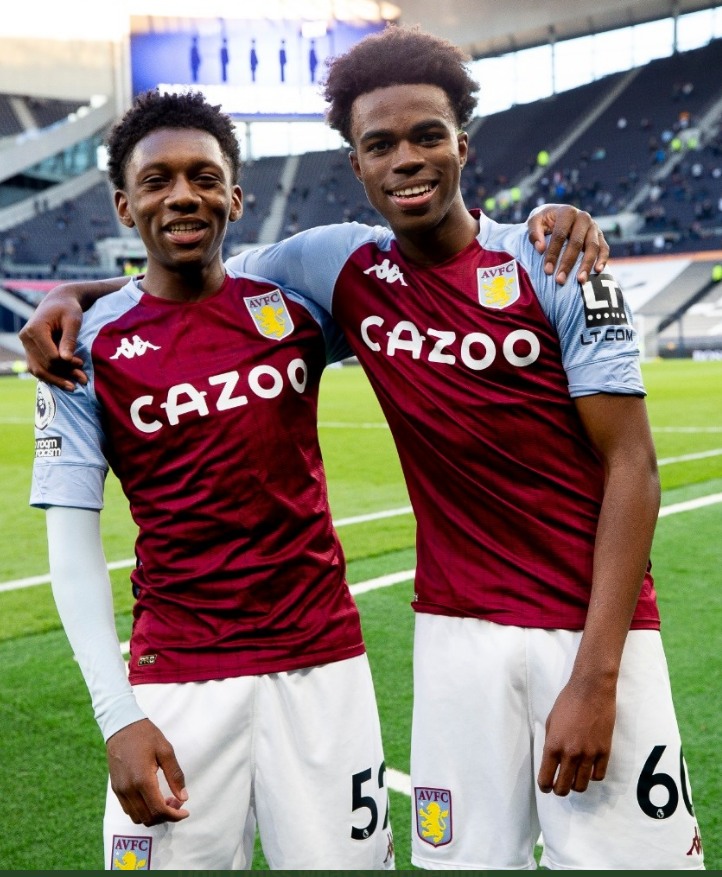 Finally, many congratulations to former student Carney Chukwuemeka (on the right as you look) who became the third youngest player to represent Aston Villa in the Premier League and the first NSB student to ever play in the top flight of English professional football when he debuted against Tottenham Hotspur on Wednesday evening. Carney made an instant impact when he came on for the last ten minutes of the match with a fizzing 25 yard shot which thundered off the foot of the post and his overall performance yielded glowing reviews from the Sky commentary team. Even Spurs supporters amongst the staff were willing that shot in!