We were delighted this week to congratulate Edward Baker from Year 12 who successfully defended his 500m British Indoor Rowing title last weekend. All races were held virtually with Edward’s rower at home linked up to the organiser’s central online platform. The event was also doubling up as a European and World Championships qualifier and so he was competing against some of the athletes across the continent.

Edward, who had followed a meticulous training plan over the lockdown period, paced himself exceptionally well, whittling down the lead of his opponents until he reached the last 50m where he stormed ahead and retook the British title in a phenomenal time of 1.20.5 min. The school is hugely proud of his outstanding achievement as reigning British champion. To see article please Click Here

Some of the best mathematicians in Y12 (captained by Nawfal Abdalla) and Y13 (captained by Zak Alamin) were working long into the night on Tuesday evening as they competed in the final of the national Ritangle Competition for teams of A level Mathematics students. The competition consists of 24 intense and difficult questions released over three months.  The first five questions were released weekly on: 5th, 12th & 19th October & 2nd & 9th November 2020 and then one question was released daily from the week starting 11th November 2020. Each correct answer revealed information for the final challenge which began on Tuesday. We look forward to the results when the challenge has finally been cracked! 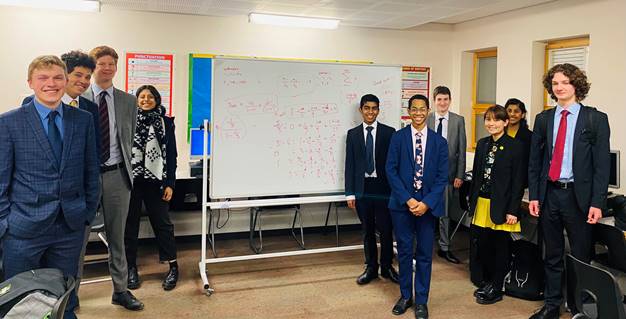 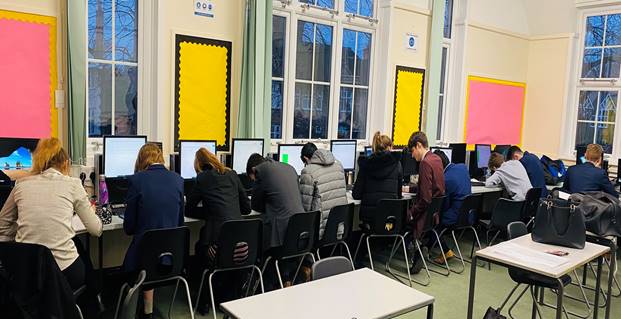 We are looking forward immensely to Charity Week next week and students are reminded that Tuesday is Christmas Jumper Day and Thursday Mufti Day.

Finally, I was delighted to meet with music peri teacher, Geoff Tooley this morning to congratulate him on his 30th academic year of working at the school. Geoff has continued to be an outstanding teacher of guitar to NSB students since the early 1990s.