NSB musicians were delighted to support St. Christopher’s Church Of England War Memorial Home this week in a moving ceremony to commemorate the D-Day landings. Our musicians played a variety of pieces during the service, including the American National Anthem with Mr Jeff Vick, First Secretary and Consul of the United States of America in attendance.

I am delighted to report that the recent Northampton Eisteddfod Festival for the Performing Arts 2019 has been a resounding success for many of our talented thespians with the following students already securing high awards:

The Y10 footballers fought valiantly in the National Cup football final despite playing with ten players for the majority of the match before eventually succumbing to Thomas Telford School. I was also pleased to meet with Lucy Reynolds from Y13 who managed an exceptional sixth place in the 2019 World Irish Dance Championships, building brilliantly on her 11th place last year. We hope to see Lucy in action at our forthcoming Expressive Arts Awards Evening. 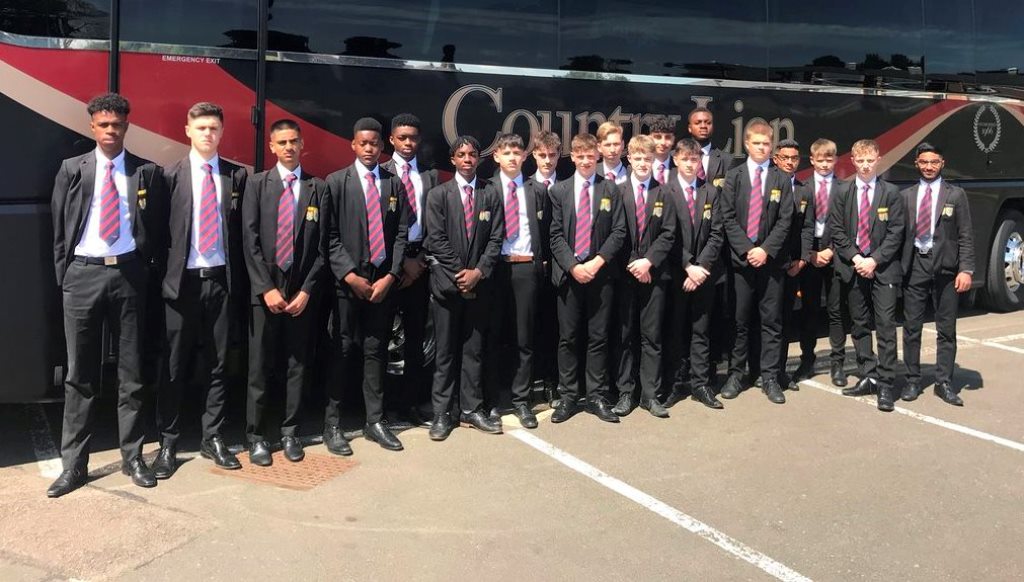 I hope the students have a productive break and we look forward to seeing them back safely on Monday June 3rd.